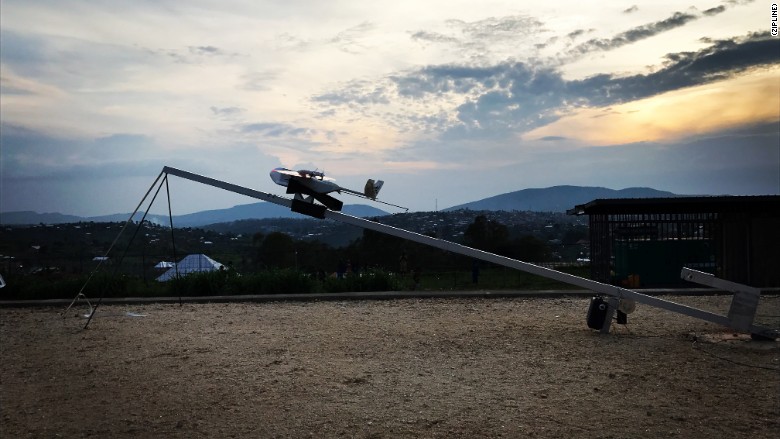 Rwanda is partnering with Zipline International Inc. ; a Silicon Valley startup that specialises in humanitarian drone delivery business. In the partnership, they plan to deliver medical supplies to five hospitals in Rwanda and expand that figure to over 20 within a year. Zipline aims to make up to 150 deliveries per day in a country where medical deliveries can take up to 4 hours but with this, that time will now be cut to 15 minutes and you can see just how many lives can be saved through the initiative.

Jean Philbert Nsengimana who is Rwanda’s minister of information and communication technology speaking to CNN said in the rainy season, it’s really difficult getting medical supplies across to hospitals in time because of the state of many of such roads leading to rural areas especially and this has its own way of affecting efficiency in the health sector of the nation. “It’s cost-prohibitive to keep every supply on hand in the country’s hospitals, so some things are only delivered to a hospital when there’s a specific need. But this is problematic if a patient is hemorrhaging, and a certain type of blood isn’t available. Postpartum hemorrhaging is the leading cause of death for pregnant women in Rwanda.”

The CNN report adds that the Rwandan government is now ahead of its developed counterparts who are yet to approve drones flying autonomously and far from the sight of any human monitor and to that Nsengimana says the worst that could happen in such a scenario is for the aircraft to get damaged without any significant damage to the entire operation. 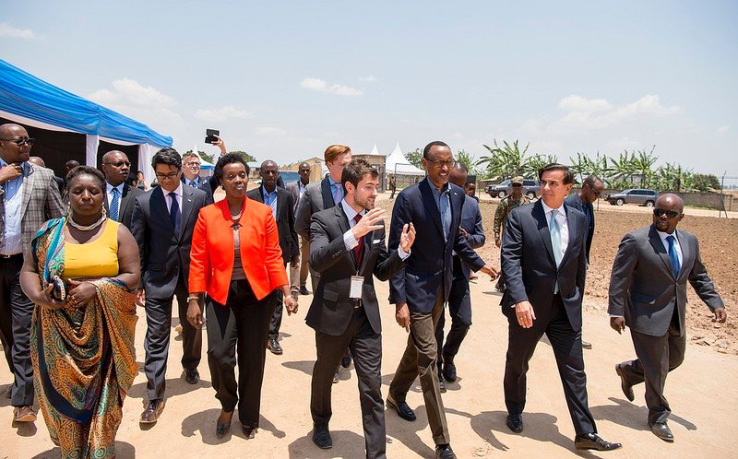 “The Zipline drones are what’s called fixed-wing drones. They resemble miniature planes, with a long wing, rather than quadcopters, the most common type of small drone, which has four propellers. Fixed-wing drones are far more efficient, allowing Zipline’s drones to complete trips up to 93 miles. Each 31-pound drone’s wingspan is about six feet.

As the drone flies over a hospital, it releases a package out of its belly. The package slowly descends with a disposable parachute.”

Zipline on its own has raised $25m in a series B funding round which brings the total capital raised by the company to $43m to date. Speaking to TechCrunch, CEO and cofounder Keller Rinaudo said “We have instant delivery of dinner from companies like Doordash, or groceries from Instacart, so we thought we can do this for medical products.”