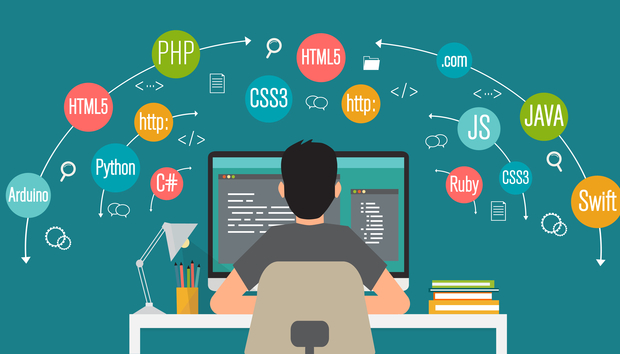 One of the most unpleasant thought for a developer could be- what if internet stopped working one day? Today’s excessive reliability on connectivity can lead to a complete societal collapse. And of course, if you’re in the field of web development, your world may seem to be completely upside-down.

Looking at the present digital scenario, countless organizations and corporations are scrambling to adapt to the technological innovations, employees are going all the guns to fill and excel in their respective fields. Overall, one can say there’s never been a better time to be a web developer. Building cool web stuff on the daily basis, getting a hefty pay cheque at the end of every month- what else to ask for? The word website development is pretty complicated, it can excite one at the same time scare other. And in this world of development programming languages seems to fall in and out of favor like each season’s hottest fashions. It can overwhelm anyone getting started in programming and web development whereas seasoned professionals have their go-to languages.

The following post is all about stomaching the learning cliff- learning the most important programming languages in web development.

Started out as a novelty, JavaScript became a precious gem in the world of web development. The language allows developers to incorporate improved interactivity within web pages. And so its function remains essentially the same, the increased focus on site usability has helped turn JavaScript into one of the most universally used front-end coding languages. At present, most sites make use of JavaScript to some extent so that certain tasks of web developers can be automated for example- web pages, add animations, and include interactive features that allow for dynamic, reciprocal sites that can change and adapt to user input, without having to reload from the server and the list goes on.

Other than being important to front-end development, JavaScript is widely used in professional backend web development. So, if you carry expertise in this programming language, you will soon find yourself in high demand few years down the line.

Another interesting programming language is C#, it’s similar to Java to quite an extent. So if you are already Java-savvy C# is the next language to learn. Apart from this, it allows professionals to define what kind of operations can be applied to the data structure so that it can be used as a well-rounded developer’s toolbox.

Right from automatic garbage collection to assembly versioning, indexers, multithreading, and simple Windows integration, C# covers it all. If you are someone who would love to create efficient programs as a part of the .Net framework, C# is the next programming language to learn.

We all know that programming languages have a devoted developer’s community. Python is one of those which comprises of some of the most attracting features. The support offered by its community makes it an easily accessible option for new programmers to explore.

In addition to this, Python simplifies the coding process, offering intuitive solutions that really make it stand out from some of the more complex languages. Also, it works as an extremely effective teaching tool especially for those who have just begun their journey in web development.

Being a powerful high-level programming language, Scala incorporates object-oriented and functional programming. It’s a type-safe language that relies on the JVM runtime. Although, there is a big learning curve to Scala but overall, it is very easy in terms of use and will increase programmer’s productivity. Of course, it will take time to learn the code but in the end, it will act as a high time saver. Whether it’s LinkedIn or Guardian, several known companies end up making use of Scala.

One of the many reasons why PHP enjoys such adoration and popularity is due to its ability to provide high-quality features to a variety of websites. Given that PHP and HTML together work with great cohesion, developers are bound to provide excellent results. It may quite interest you to know that the world’s most common eCommerce platform, Magneto has been written in PHP. According to stats, 75% of the top websites use PHP as their server-side programming language.

Don’t forget that as long as the Internet exists, everyone will need or want a website built. So, hurry up! Learn the aforementioned languages to not only have a stage wage but a promising career path.

Rooney Reeves is a content strategist and a technical blogger associated with well known firm for eTatvaSoft – Web, e-Commerece and Mobile App Development Company in India. An old hand writer by day and an avid reader by night, she has a vast experience in writing about new products, software design and test-driven methodology. Her write-ups mainly features anything and everything related to the web!

With the true passion for creating compelling content for online and offline media, Rooney has donned multiple hats over the past several years.