Home Gadgets The Samsung Galaxy Note 7 Is Here. Buying It Or Not? See All Its Specifications Here
Share

Samsung finally unveiled the Galaxy Note 7 earlier today and here are some of its features;

Android 6.0.1 (Marshmallow). This further confirms that the LGV20 will be the first smartphone to get the Android 7.0 dubbed Nougat.

The S7 series at least have the 12 megapixel Dual pixel camera and that’s the main similarity. Samsung its new product is dust and water resistant. The phone can survive submersion levels of up to 5 feet for about 30 minutes. Perhaps the other really cool thing about it is that it has iris sensor which can be used to unlock the device and protect your data. There’s a limitation though and that’s some eye glasses which may make it difficult for the sensor to read. Still on device security, Samsung added a secure folder which allow you store files and app sessions. You can restrict access to this folder and this means the era of that annoying colleague stumbling on your personal files while claiming to be looking at photos can be a thing of the past if you choose.

Samsung Pay will eventually come to the device as well although I don’t see that coming to users in our African region anytime soon probably because of regulatory challenges as with other payment platforms. But we’ll see.

The phone is capable of streaming HDR videos in addition to the powerful camera described above. 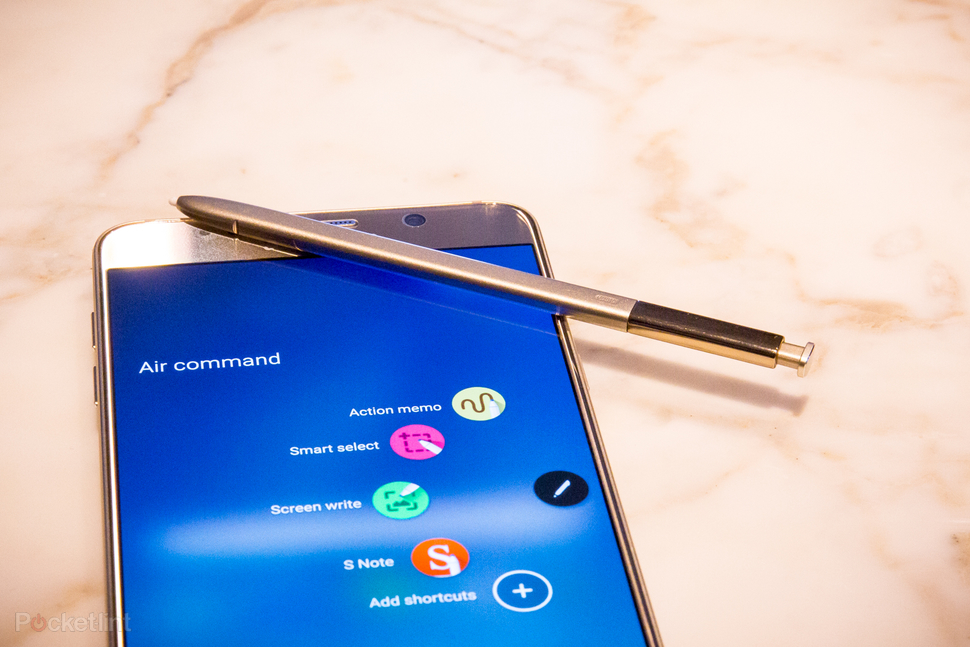 “The enhanced Galaxy Note7 S Pen is more than just a writing tool – it is the gateway to getting more done efficiently and accurately. Users can bring ideas to life the moment inspiration strikes without unlocking the screen by using Screen off memo and simply pinning the memo to the Always On Display. The S Pen also gives users the ability to easily create and share GIF animations with Smart Select. In addition, the new Air Command functions, including Magnify and Translate (using Google Translate), enable users to zoom in on the screen or convert languages with a simple hover of the S Pen. It is even easier to access the best of the S Pen’s creative abilities with Samsung Notes, a new unified app allowing users to jot down handwritten notes, draw, or edit memos from one location.”

Even though the venue was not packed according to those who attended the event in New York earlier today, I believe the device is worth the buy. The phone will start hitting stores from the 19th of this month and comes in 64GB default with an option to expand up to 256GB using a microSD. No price information for now though but once we hear anything, we’ll bring that across as well.