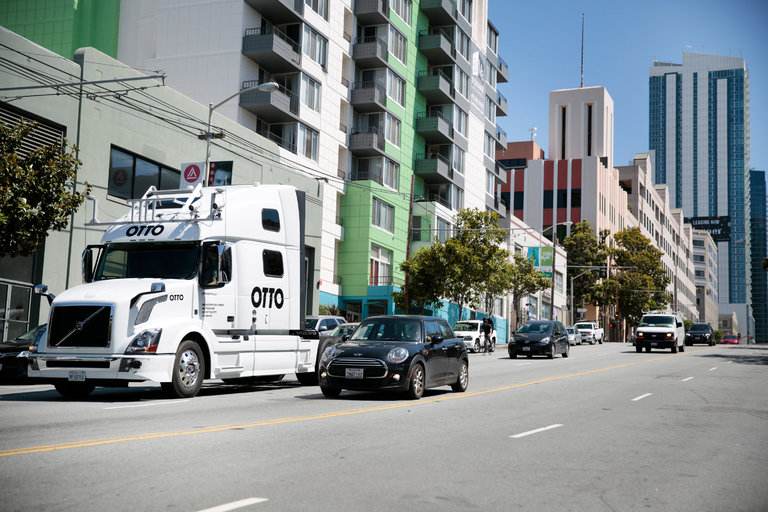 From self-driving cars to trucks, welcome to the future people. But when Uber first announced back in August that it was acquiring self-driving truck startup Otto for $700m, we didn’t know their first mission would be to deliver 2,000 cases of Budweiser beer.

Otto announced the the completion of its first commercial delivery, having delivered its beer load from Fort Collins, Colo., to Colorado Springs, a roughly 120-mile trip on Interstate 25.

While this initial test between Uber and Anheuser-Busch (makers of the beer) is an initial test to prove the viability of the scheme itself, they think this can really be commercial. In an interview with the New York Time, Lior Ron, co-founder of Otto said “We think this technology is inching closer to commercial availability…“We’ve tested with trailers, of course, but there’s nothing like actually doing the real thing, end to end,”

For this initial delivery, Otto’s truck departed Anheuser-Busch’s facility in Loveland, Colo., in the early morning before reaching the interstate in Fort Collins. The truck drove through Denver — alongside regular passenger car traffic — and navigated to its destination in Colorado Springs without incident.

This is another move towards automation in trucks too. The US alone has more than 3 million truck drivers and this means 3 million jobs could be potentially lost in the near future. A more realistic number could be 2 million as experienced truck drivers could still be needed for longer trips that may involve human drivers taking over at some point but this is a significant move towards the scary future. If you’re Anheuser-Busch, this would be good news because of the potential cut ion operating costs but if you’re a driver, this might be a good time to rethink the profession especially in the developed world.

But who would have thought? The first test of a self-driven truck would be a beer run.