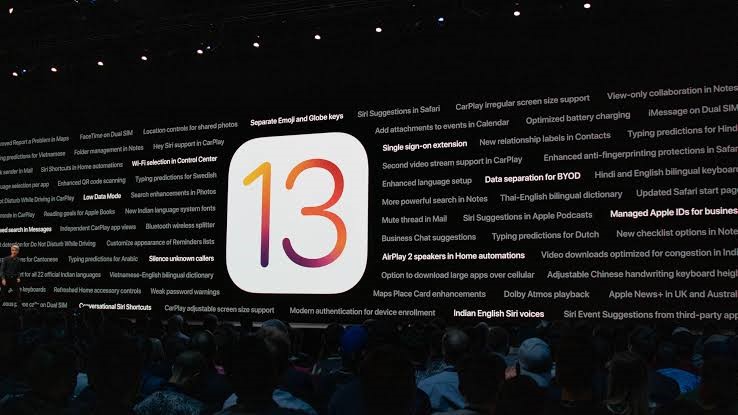 At its annual Worldwide Developers Conference (WWDC) on Monday, Apple officially introduced iOS 13. Described as the “next big release for iOS”. iOS 13 brings with it a number of new features including a system-wide dark mode, also it is splitting off a new OS made for the iPad, called iPadOS which is essentially iOS 13 designed for tablets. Most of the new changes will make the iPad act like a traditional computer.

These are the devices that will support iOS 13:

In comparison to the iOS 12 release last year, Apple has dropped support for the iPhone 5s, iPhone 6, and iPhone 6 Plus. Despite earlier rumors to the contrary, the iPhone SE is still supported by this year’s iOS 13 release. The iPod touch 6th generation has been dropped, however—Meanwhile, as for the new iPadOS 13 release, Apple says that these iPads are supported:

This means that Apple has dropped support for the iPad mini 2 and iPad mini 3, as well as the original iPad Air. As for macOS 10.15, be sure to read our coverage of those compatible devices here.

The iOS 13 developer preview is available now, and iPadOS 13 public beta available in July. While the public beta program will launch sometime in June 2019. The official release of iOS 13 isn’t expected until fall.