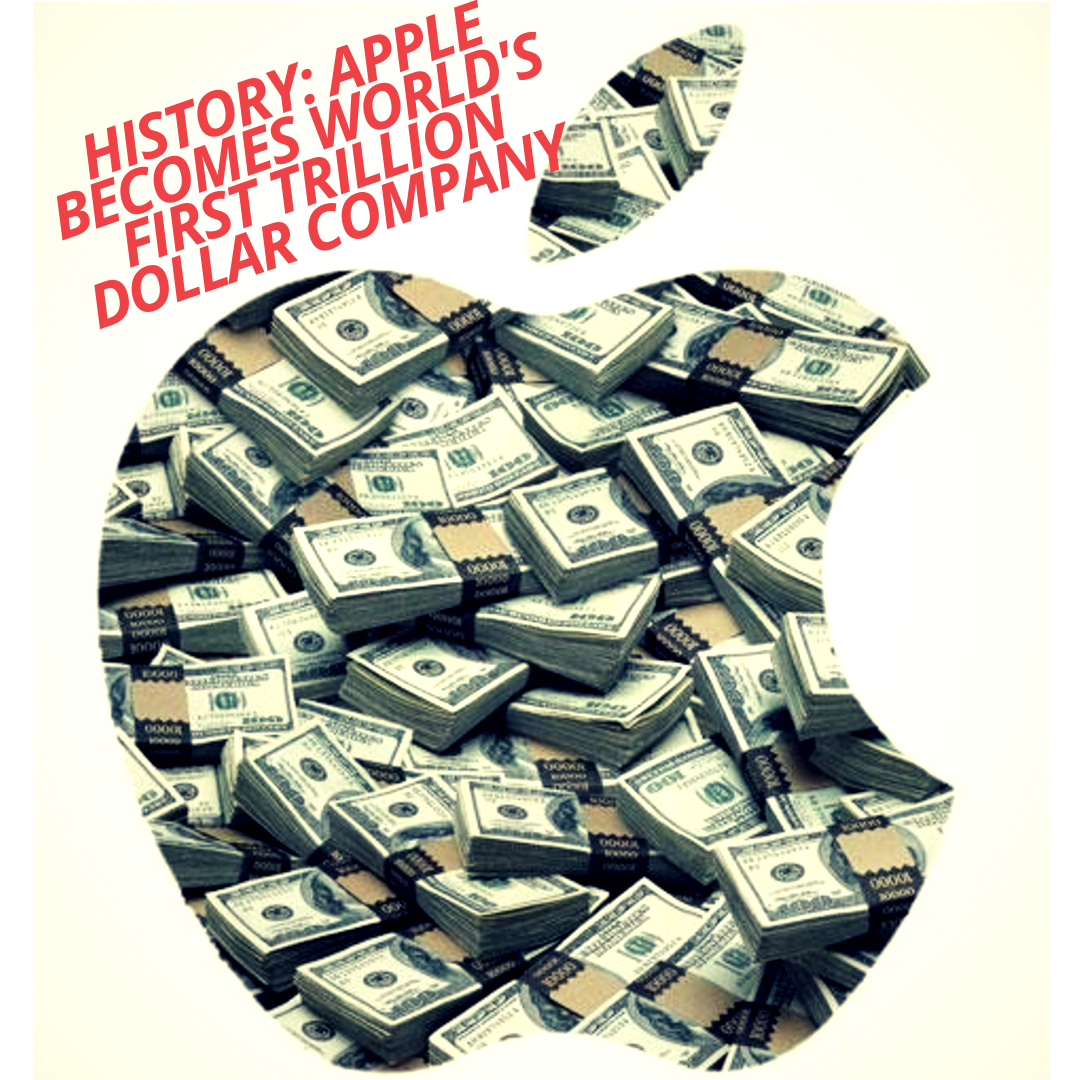 Apple shareholder and investors went to bed knowing that a trillion dollar valuation was within reach but what we didn’t know was the way. Well that say is today as Apple became the first company ever to hit the coveted one trillion dollar market capitalisation mark and yes you heard right, the twelve zeros milestone has been reached by the iPhone maker. This is a Wall Street history indeed.

It briefly hit the $1 trillion mark when earlier today it share price was $207.05 and it was made official when Howard Silverblatt, senior index analyst at S&P Dow Jones Indices said “Apple has gone where no company has gone before.” Apple shares have been up nearly 20 percent since the year began as the American stock market has continued to soar.

Other companies looking to hit the milestone include Amazon whose market capitalisation is now about $877b with Google and Microsoft following closely behind at $858b and $817b respectively.

Apple’s success is largely due to increased sales of the iPhone which opened to the door to the iPad and other gadgets in the company’s portfolio. The iPhone arguable changed the face of smartphones in the world and gave rise to the mobile era which in itself has changed the way we live. The smartphone era brought about services including social media which continues to connect people from all walks of life together and Apple’s place as a gadget provider cannot be overemphasised.

Here’s what some analysts are saying about the milestone Apple just hit;

Paul Hickey, co-founder of Bespoke Investment Group, a New York-based market research firm says “Apple’s gain boosts about every 401(k) since it is a big holding in just about every large-company mutual fund.”

Davidson of Wells Fargo Private Bank says “What does it mean for the market? Not much, especially since Apple’s and the market’s valuation are “not showing signs of exuberance. Given that economic conditions in the U.S. are still good, the stock market “still has room to run”.

Apple Inc. sold 41.3 million iPhones in its fiscal third quarter, just shy of analysts’ estimates for 41.6 million. On a year-over-year basis, that represents unit growth of 0.7 percent. The average sales price for the devices came in at $724, beating expectations for $699 and indicating strong demand for higher-priced models like the iPhone X.