Home Events As NETFLIX Expands Into Africa, Here’s What You Need To Know About The Service
Share

NETFLIX; the streaming television service announced at the CES 2016 that it would go live in nearly all countries on earth and we’re talking about 190 countries. This means that African countries can now enjoy the NETFLIX experience. According to the link, the service is now available in the following African countries;

This is great news for those who are fans of NETFLIX exclusive shows like House of Cards and Orange Is The New Black. That said though the company could face some challenges such as quality internet service penetration. In one of the articles posted on this site, we identified high billing as a major reason why internet service penetration on the continent is still quite low. That notwithstanding, people who are fans of online streaming services still patronise such platforms, it just means they have to pay more than their western counterparts.

We’re hearing that their presence in Africa now means ore African content on NETFILX thereby putting it in direct competition with companies like Iroko in Nigeria and Multichoice, which offers Naspers-owned digital satellite TV service in South Africa and there’s little governments can do to protect local and smaller operators as this is an internet based service which means people will always find a way to watch the shows..

First of all, I believe NETFLIX should research into ways people can stream more with less bandwidth as Facebook has mostly done by acquiring Onavo in 2013. Onavo is a consumer-facing apps to help optimise device and app performance and battery life on iOS and Android devices. There is also the option of partnering with local telecom operators to set up Intranet based streaming services that would mean users would stream from local servers domiciled with Telcos and that way, the cost of streaming would just be charged to your telephone or mobile data bill. These are just a few of the ways NETFLIX could work around this. 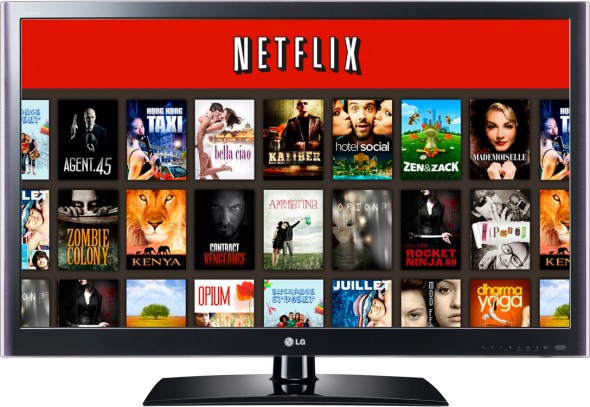 Could we be seeing NETFLIX going for licenses to compete in the satellite TV business also. Well according to reports, this could happen especially in regions where internet service penetration is still low but my first guess would be that the US based company would want to explore ways to make streaming more enjoyable to users with low bandwidth consumption which would make it in any case a competitor to services like DSTV whose prices are still high according to consumers. Since its mainly on-demand, DSTV still had an edge but that is not to say live streaming will not soon be available on the service that already has

You may be wondering if this means you’ll only be watching shows and programs on your computer. It’s not just that, you can watch on your TV as well which is why many see this as a competition for services like DSTV. You’ll be able to instantly watch unlimited movies and TV show episodes over the Internet on your TV via a PS3, Wii, Xbox 360, or any other Netflix enabled device. You can also watch instantly on your computer. Al you need to do is acquire their box just like the DSTV decoder you have and you connect to it any of the above listed devices and voila you can start watching TV like you never imagined. I do believe personally that once many people come to understand how it works, NETFLIX could see a rise in the number of African users. Apple, Amazon YouTube among others all have their own TV services as well.

Netflix was now in about 70 million homes and he expected the number of customers outside the United States to surpass the number domestically at some point in 2017. Netflix’s long-term goal is to reach 60 million to 90 million subscribers in the United States. They went on to say that in 2016 it planned to release 31 new and returning original series, 24 films and documentaries, 30 original children series and stand-up comedy specials. They will become available to all subscribers at the same time around the world.