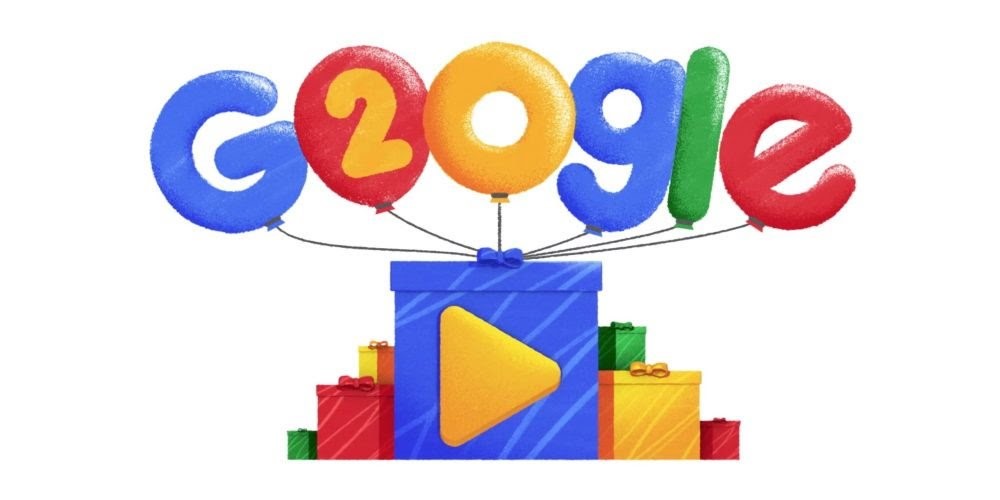 Google’s 20th birthday was earlier this month, now it’s celebrating its birthday. Google is marking its 20th anniversary with a special doodle which is sure to evoke nostalgia.

The new doodle can be viewed by visiting Google from desktops, mobiles or on the company’s YouTube channel. It starts off by playing the reminiscent old tune of a dial-up internet connection being established and the old Google webpage from the time when the company was named “Google!” The short clip takes the users on a short journey of the most notable search terms of recent times like what will happen on Y2K?, is Pluto still a planet?, 2012 on the Mayan calendar, and more.

In keeping with the “popular searches in history” theme, the company has also launched 20years.withgoogle.com, a website dedicated to notable facts from the last 20 years of search trends. Examples: Heath Ledger was the most-searched actor in 2008 (the year of his death), Neymar has been the most-searched soccer player since 2017, and The Real World was the most-searched reality TV show from 1999 to 2001.

The Doodle animates popular search terms in multiple languages, from queries about Y2K to the translation for “love.” But it’s only one element of Google’s 20th birthday back-patting.Meanwhile, on its official blog, the company has delved into the history of Google Doodles, highlighting 20 notable examples — including the first animated Doodle, which appeared for Halloween in 2000, and famous playable Pac-Man Doodle, which commemorated the game’s 30th anniversary in 2010. 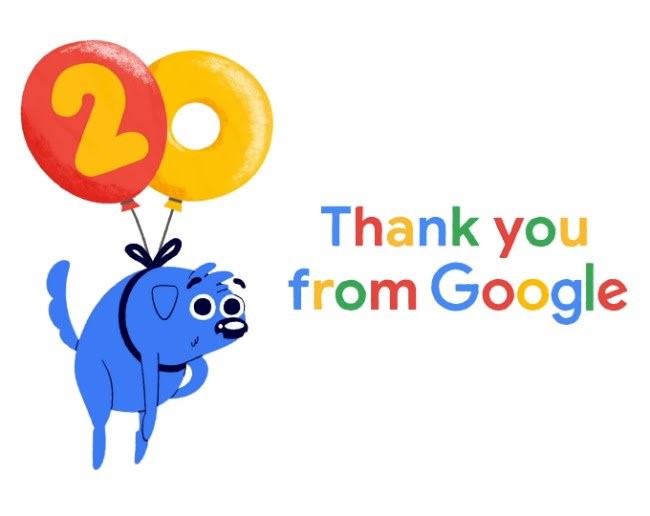 The company also thanks its users for bringing it to the point where it is the most popular search engine in use today. “Google wouldn’t be what it is today if it weren’t for you: a curious crowd that comes to Search with all of life’s questions. Today’s birthday Doodle is dedicated to you, and the 20 years of searches that represent the inquisitiveness of people everywhere,” Google states in a blog post. One can also see the search trends all the way back from 1998 till now on a webpage which comes with a neat feature to generate an insight at random from the search terms. You can visit the website here.

Alongside the new doodle, Google is also 20 years of its existence by sharing some of its most popular Easter eggs on Search. Try typing “Do a barrel roll or Atari Breakout” in the Google Search to find two of the many Easter eggs hidden in Search. Some of the Easter eggs have quite an interesting story of how they came into existence. For example, Mike Buchanan is the Google Engineer who created the barrel roll Easter egg and it is said to have been coded in a matter of hours. Buchanan says that he just made it as “just one more little Easter Egg” and never expected it to be so much popular than the previous ones.

The doodle page also invites you to explore 20 notable Doodles throughout Google history, offers a map that lets you drill down on country-specific doodles around the world and finally, shows you each of the company’s birthday doodles from the past 20 years.