It wasn’t all phones and headphones that Apple announced yesterday, they also announced a water resistant (up to 50 metres for swimmers) smartwatch Apple Watch Series 2.

The new watch features the following;

S2 chip which makes this new watch up to 50 percent faster than the previous. It also has a better graphics processor than the first series. 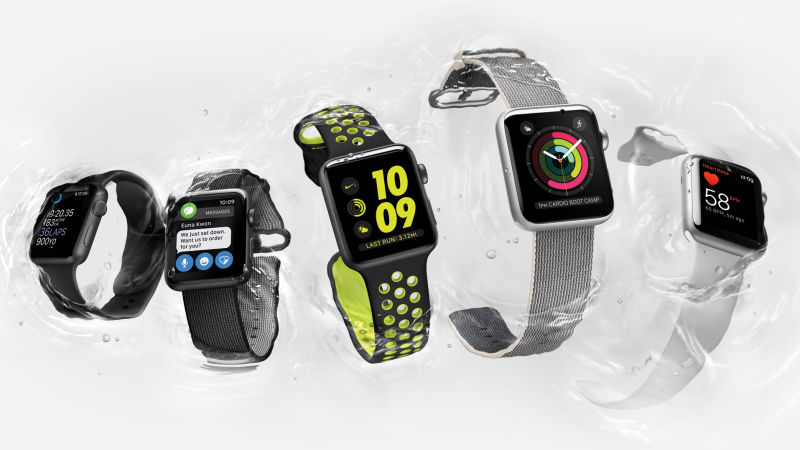 Brighter display at 1,000 nits (twice the value of the Apple Watch)

It depends on you taste and what you like with respect to aesthetics.

Apple Watch Series 2 will be available in gold, rose gold, silver or space gray aluminum, or silver or space black stainless steel cases paired with a wide variety of bands starting at $369

The new ceramic Apple Watch Edition starts at $1249 (US

All prices are in US Dollars and if you’re in Nigeria, multiply the dates by 400 to get a realistic cost of acquisition and you might want to budget an extra say $100 to take delivery of it. If you prefer, you can use Nairabot to get the latest rates.

The other big “good news” is that Pokémon Go (the AR game that made so much headlines months ago) will be coming to the Watch.

This comes as Apple announced that Super Mario would be coming to an iPhone or iPad near you before this year runs out. You’ll now be able to play the location based game without having to open it on your iPhone. You’ll get notified should you get close to a Pokémon while leveraging on the features of the Watch 2 like distance tracking, breathing rate, calories burned among others and this may eventually help you make an informed decision if you’re spending too much energy and time on the game (maybe scratch that part, everyone loves the game after all). A user can however use those parameters to measure the distance between them and a Pokémon eventually.

That’s it guys, Pokémon Go is coming to the Apple Watch Series 2 making it the second Nintendo backed game to feature on an Apple device after the lovely Super Mario.