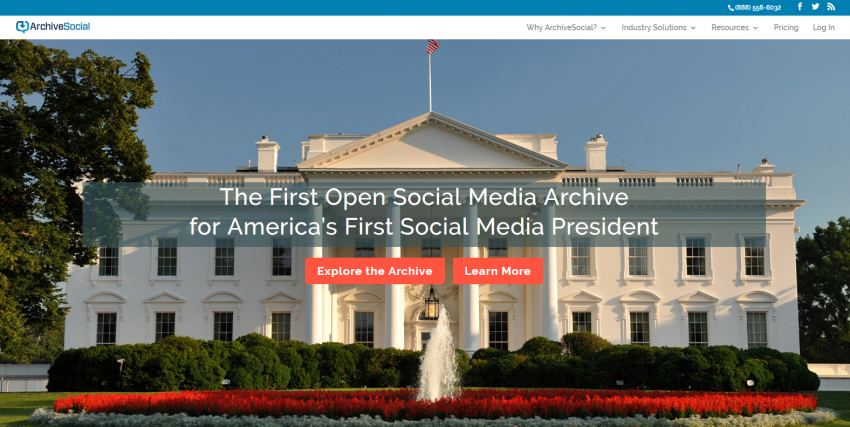 President Obama leaves office in a couple of weeks and to be precise, the 201th of January and following protocols, 12 noon on that day. While constitutional powers will have to be handed over to President-elect Trump, for the first time ever, social media accounts of the outgoing president will have to be handed over to. This means the new president will also inherit the millions of followers the current president has in Twitter, Facebook among others.

Obama fans and researchers will now be able to search through a database that contains the Obama White House tweets, Facebook posts, videos, GIFs among others. In a blog post yesterday by Joshua Miller who is the Director of Product Management at the White House, he said there are several platforms that are now involved in the archiving project. On ArchiveSocial, there are over 250,000 posts, videos and photos that were shared by White House staff over the last eight years for your personal research.

I searched for Joe Biden (the current Vice President) and over 5,000 results popped up. ArchiveSocial aren’t the only ones doing this as Giphy and Rhizome among others in the blog post have projects to archive White House posts of their own. Twitter account @Relive44 will retweet significant moments of the Obama presidency and they plan to start on May 1 2017 to mark President Obama’s first tweet on May 1, 2009.

There are also archived tweets of the incoming president too and this gives us a glimpse into the future of presidential archiving. Obama is now referred to as the first social media present and others after him will most likely get their social media activities archived for future references.