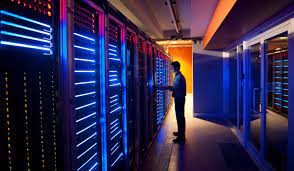 How Nigerian MFB, Kuda Suffered A ₦6 Billion Loss In 2021

CodedRuns: The Rise Of A Nigerian Discreet Cybersex Platform

Every day Nigeria’s technology industry continues to record growth, new innovations are emerging and the industry no longer looks as sparse as it used to be some 10 years ago. Over the years, Nigeria’s tech space has witnessed a significant transformation, thanks to numerous brilliant minds who have innovated solutions and become entrepreneurs of products changing the country’s technology ecosystem. No wonder why the country is home to some of the biggest startups across the African continent.

Africa Data Centers (ADC), the continent’s largest network of interconnected, carrier, and cloud-neutral data center facilities has taken a stance towards improving Nigeria’s technological growth and development. ADC officially announces the opening of the first phase of its 10MW facility Lagos data center. The giant step was launched in a bid to contribute to the tech advancements of the most populous black nation.

According to ADC, the new mega facility would go a long way to help hyperscale customers of the Africa Data Centers and drive them to install digitization solutions throughout Nigeria and the West African region. The federal government and the Lagos State government claims that the launch would further diversify Nigeria’s economy and enhance her digital transformation agenda. Lagos State Governor, Babajide Sanwo-Olu, who was represented by the Commissioner for Science and Technology, Hakeem Fahm, disclose that the launch of the first data center in Nigeria called LOS1 will go a long way to drive the ICT Sector. He also disclosed that the state government is looking forward to more partnerships that would birth LOS2 and LOS3 respectively.

Stephane Duproz, CEO of ADC said that “We built this facility in response to the massive demand from hyperscalers, key cloud operators, and multi-national enterprises that already use our facilities and have expressed interest in being a part of bringing digitization at scale to West Africa.” The Executive Vice Chairman, Nigerian Communications Commission (NCC), Prof. Umar Garba Danbatta, who was represented by the Director, Licensing at NCC, Muhammed Babajika, explained that the facility launch in Lagos was a welcomed development. The commission has however promised to offer all the regulatory support that will make ADC succeed and achieve its set goals and objectives in Nigeria.

The ADC is known to own and operate about nine carrier and cloud-neutral data centers across six African countries. The centers are located in Johannesburg, Nairobi, Cape Town, Harare, and Kigali. ADC plans to build at least six more data center projects within key cities on the African continent. The new data center, called LOS1 is the foundation for further expansion, will have another three other data centers planned for Nigeria. ADC envisions another data center in Lagos for easy backup and disaster recovery, as well as further sites in Abuja and Port Harcourt. ADC’s latest data center project is located in the Special Economic Zone called Eko Atlantic City. The facility will feature six data halls with 6000m² of white space when fully built out. By the end of 2025, ADC expects to have at least 54MW of power capacity in operation. Mr. Duproz also disclosed that the company is making plans to develop other data centres in West African countries such as Togo, Ghana, Ivory Coast, and Senegal, but the intention is to make Nigeria the West African regional headquarters.

“These plans are the greatest Africa has ever seen,” Duproz said. “They will see us build some ten interconnected, cloud- and carrier-neutral data centers across the length and breadth of the continent, in an unmatched $500m investment in Africa’s digital transformation, which will double our already significant investment in the continent.” Recently, the Africa Data Centers announced the expansion of its campus in Johannesburg to support 100MW of IT load. Plans are already in motion to expand data centers at existing campuses in Midrand and Samrand and are securing land for another location in South Africa. The company has pledged to spend $200m on developing its second and third data centers in Nairobi, Kenya as well.