Home Cloud This Dell-EMC Deal Is The Biggest One The Tech World Has Seen Yet. See The Top 10 Here
Share

Dell just pulled off s stunt many describe as the biggest deal between two technology companies in history. The deal is said is to be worth $67b/13.3tr Naira/6.9tr Kenyan Shillings. It’s actually a deal to buy EMC which data storage company and runs software giants like VMware. This comes barely two years after Dell decided to operate as a private company by backing back shares. With PC sales dropping with increase in mobile, this move by Dell will position Dell in another area that’s currently gaining steam. The global cloud market is expected to grow to $121b/24tr Naira/12.4tr Kenyan Shillings by 2015 according to the cloud computing news website. This represents a 26% compound annual growth rate from the $37 billion value in 2010.

In this new deal though as announced by Michael Dell, EMC shareholders will receive $33.15 per share and of this amount, $24.05 will be in cash. Of course regulators would have to approve deals of this scale before they can go forward but the deal is expected to be finalised sometime between May and October 2016. 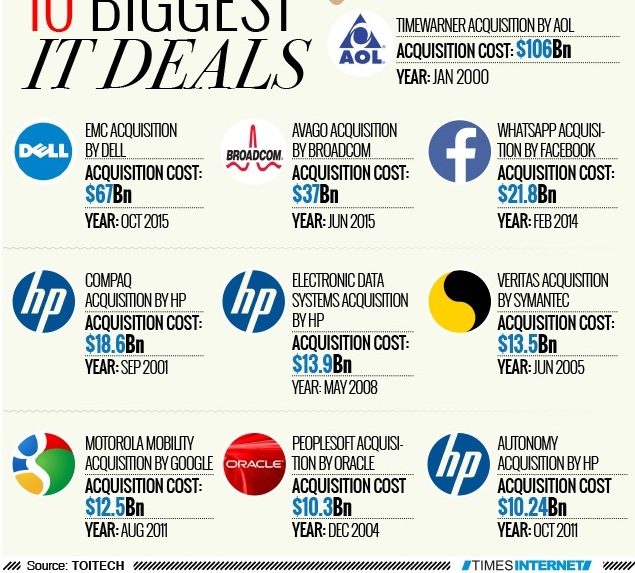