According to a Twitter post today, the ‘Happening Now’ feature will highlight tweets starting with sports in the United States, tweeted about a particular topic such as sports related topics, entertainment, breaking news and lots more.

Twitter posted on their Twitter handle which reads “Feel the roar of the crowd, no matter where you are. We’re rolling out a new way to see what’s happening now, starting with sports! Available on Android and iOS starting today,”

According to a statement by Twitter spokesperson to BuzzFeed News, said the feature will make it easier for users to find conversation about recent news, and events they are interested in, the company also added that “There’s so much happening on Twitter all the time, but it could be easier to find events you are interested in, and the conversation around those events, in the moment,” the spokesperson told BuzzFeed News. “If we know you are a Giants fan, we can guess you’d love to see the conversation specifically around a game. All this content already exists on Twitter – with Happening Now, we’re collecting it and making it simpler for you to find it in one place.” The feature ‘Happening now’ is available on Android and iOS devices worldwide. 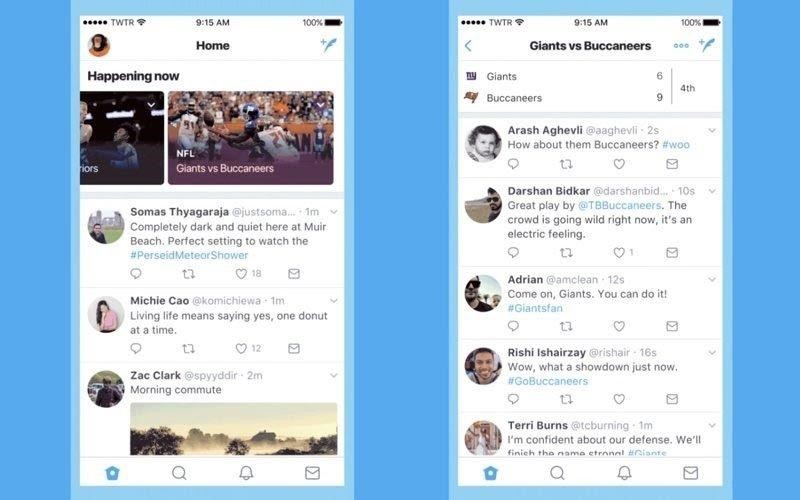 Also yesterday, Twitter announced an upcoming feature called ‘save for later’ a feature which will allow users manage their news feeds, save and bookmark an important tweets they can easily go back too at their leisure time.