Uber this week announced that it had fired its chief engineer leading its self-driving cars technology Anthony Levandowski whom they accused of stealing trade secrets when he was at Google.

So the story is that he stole those secrets and started Otto which Uber bought last year for a reported $700m and since then Google has taken Uber to court over this. Now it’s interesting to know that Google was indeed one of the first of the tech giants to start talking of autonomous cars in 2009 and since then several other companies have of course launched similar initiatives and one of them is Uber which both delved into the self-driving cars and truck waters. 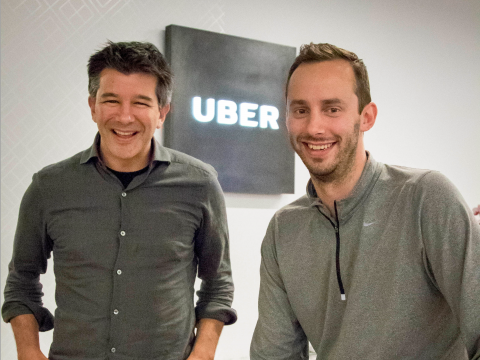 In anticipation of the success of its autonomous car project, Google created Waymo to be its independent autonomous cars division and since then they have partnered with Uber’s main rival Lyft to bring autonomous cars to public roads in the near future.

But Uber is now the front leader in the autonomous trucks space but Google thinks its only occupying that role because its lead engineer on the project stole its ideas. Uber initially denied those allegations but as with the practice in the tech world, such tussles always end bitterly with one partying losing and paying out a huge amount of money and not to talk of the embarrassment.

Uber for example has suffered some damage to its brand starting with the way it handled the Trump immigration ban which led to a #DeleteUber campaign which analysts believe may have led to over 200,000 deletes at the time alone. Then that was followed by allegations that it didn’t handle cases of sexual harassment properly among its ranks and this led to some changes and investigations led by former US Attorney General Eric Holder.

The other issue here is that Uber which is valued at $70b is up against a deep pocketed organisation like Google which is why they would prefer to settle this amicable starting with the firing of the man at the centre of the entire rift.

Justifying his firing, Angela L. Padilla who is Uber’s associate general counsel for employment and litigation “Over the last few months Uber has provided significant evidence to the court to demonstrate that our self-driving technology has been built independently…. We take our obligations under the court order very seriously, and so we have chosen to terminate his employment at Uber”

Facebook carried out similar action against Oculus Rift Founder Palmer Luckey back in March over intellectual property accusations. Facebook acquired Oculus for $2b in 2014 and shortly after that ZeniMax claimed that the Oculus idea is based on its software and after trial, the court passed a judgment in ZeniMax’s favour and that Luckey owed $50m for false designation of Oculus.

Mr. Levandowski is likely to face charges in future and may have to forgo his big pay seeing as he’s been at Uber for less than a year but the bigger problem for Uber could be if he flips and for example tells a Judge that Uber execs may have looked the other way and have always known that the technology was not originally his.