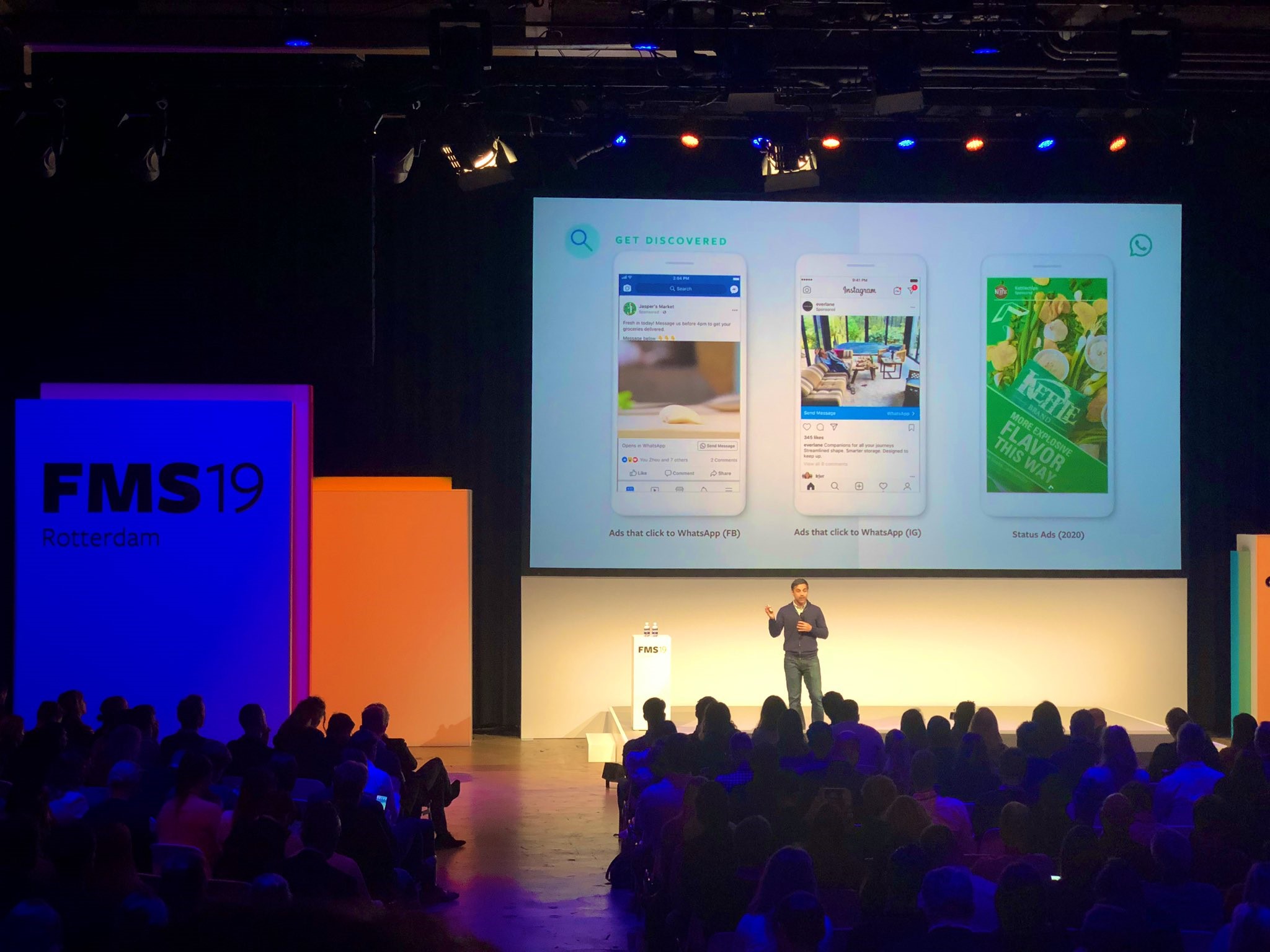 Brace yourself because ads are coming to WhatsApp!!!

WhatsApp, the only messaging app with over one billion active users that allowed us to chat with our friends and family without any interruption of ads unlike Facebook, Instagram or YouTube to name a few—However this scenario is soon going to change, with the Facebook-owned company recently announced that it is planning to launch ads on WhatsApp in order to monetize it.

The social network made the announcement at its annual Facebook Marketing Summit in the Netherlands this week, and Be Connect digital marketing agency’s Olivier Porterville was apparently on hand at the event, as evidenced by his tweets. He photographed several slides which showed what the ads will look like in the app.

As you can see in the photo below (shared by Matt Navarra on Twitter), the Status Ads appear to take up the entire screen, the same way a standard WhatsApp status would. But rather than show the name of the contact at the top of the screen, the name of the company is shown instead. You can swipe up when an ad appears for more information about the product or service being advertised if you are so inclined: 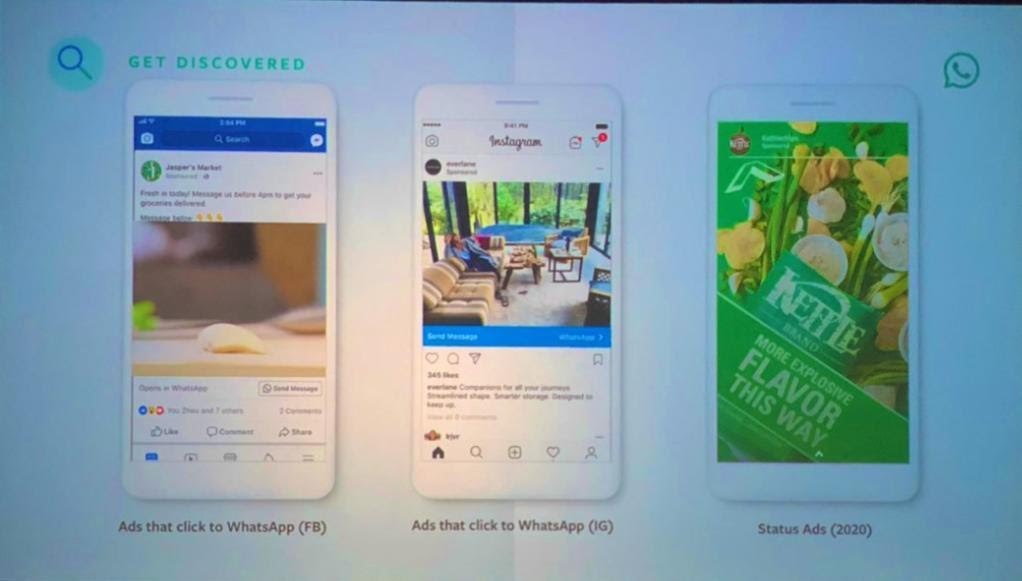 Like Instagram Stories feature, WhatsApp Statuses take up the entire screen when you click on them, and according to WhatsApp, allows you to “share text, photos, videos and animated GIFs that disappear after 24 hours”. Judging from the images shared from the event, ads too will take up your entire screen as you click through your friends’ Statuses.

However, instead of showing the name of the contact who shared the Status at the top of your screen, you’ll find the name of the company behind the advert. “You can then “swipe up when an ad appears for more information about the product or service being advertised” – if it appeals, of course.

Whether WhatsApp users will take kindly to adverts intruding on their time scrolling through the app remains to be seen; after all, the messaging app’s calling card is its end-to-end message encryption, and if Facebook ends up harvesting data from these ads, WhatsApp may not seem quite as privacy-friendly as it used to.