Home Enterprise Will Automation Steal Tech Jobs eventually? Here’s a Report on What the Future Looks Like
Share

The technology industry has been a major driver of big economies with most of those jobs being well paying jobs because of the general demand for technology products and services.  A PWC 2015 listing of the Top 100 companies of the world puts a Tech company (Apple) as the biggest in the world by Market capitalisation. 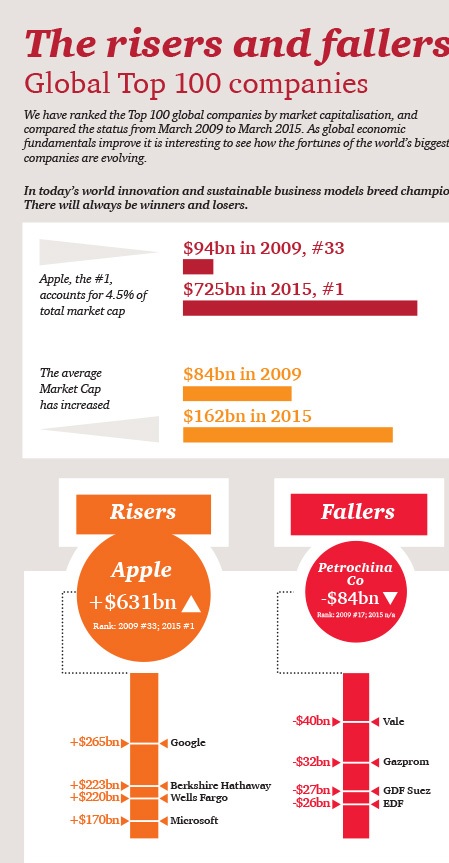 This has led Tech companies to engage in recruitment of the best minds over the years but is this about to change? A poll conducted by Pew says about two-thirds of Americans believe that robots and computes will replace them in about 50 years. While automation will eat into the human work force globally according to the World Economic Forum The Future of Jobs report, tech jobs will continue to flourish despite the 5 million that is expected to be lost going into 2020. Asia which is probably the most robot welcoming continent may be the hardest hit. 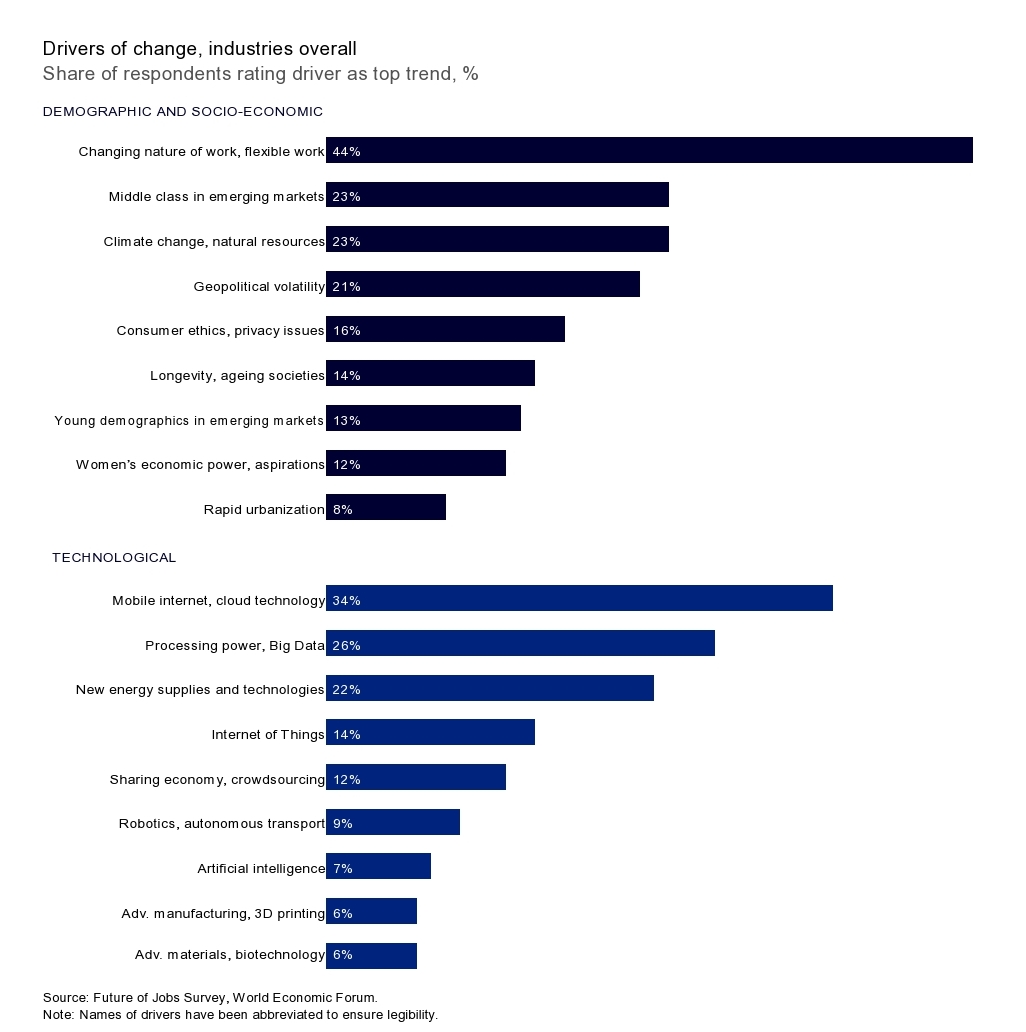 So while all these may be happening, the overall news is that Tech jobs will be in demand but a retraining may be necessary to embrace  tech jobs of the future. The Future of Jobs report states  that “two job types stand out due to the frequency and consistency with which they were mentioned across practically all industries and geographies. The first are data analysts, which companies expect will help them make sense and derive insights from the torrent of data generated by technological disruptions. The second are specialized sales representatives…”  In the chart above, mobile, cloud and big data are areas of great focus going forward. The internet of things era will usher in new jobs and there’s little surprise mobile internet will play a key role with respect to the future of jobs.

Software developer jobs according to Fast Company, grow 18.8% between now and 2024, while computer systems analyst jobs will increase 20.9% by 2024. Market research analyst and marketing specialist jobs, which also require those analytical skills, will increase 18.6%.

The story is similar in Africa where the  tech sector continue to increase its impact on the overall economy. In this report, it is predicted that about 2.7 million jobs will be added to the mobile sub-sector of the economy. Automation effects may not impact the overall economy as hard as other regions of the world but it certainly will because a majority of the multinational technology firms are Western or Asian. The Nigerian ecommerce sector for example is predicted to be worth about $13b by 2018 with the current rate of funding in the sub-sector from local and foreign investors. With this growth comes jobs of various kinds like server engineers, software and web development among others.

Preparing for the future in tech, you might want to consider these certifications.