Home General App You May Have Heard Of Pokémon GO. It’s Not Available In Many Countries But Here’s How You Can Access It And Play It Anyway
Share

If you have been watching or reading the news lately, you would see here’s a new craze about an app that has virtually taken a good part of the western world by storm. It’s important to point that out because unless you’re in the US, Australia and New Zealand, you wouldn’t be able to experience the new gaming app called Pokémon GO. It s a free to play GPS game that uses augmented reality. 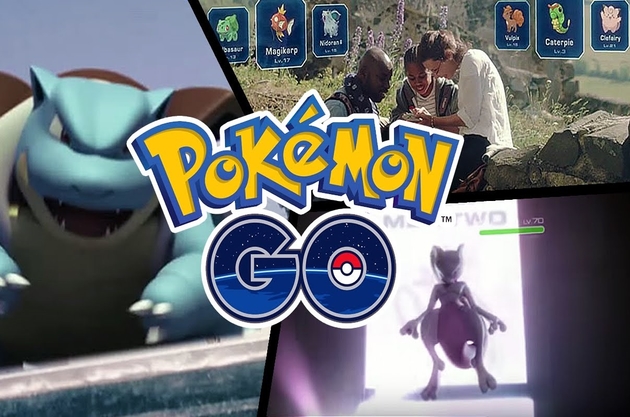 For those why may not know much about augmented reality (AR). It’s simply a blend of Virtual Reality and the real world. What that means is that with AR, you get the best of both the real and computer or virtual worlds. So an example would be for you to get armed with the necessary AR hardware such as an eye glass, display device and a head gear. With the right configuration all set up on the software side, you are able to look at a restaurant and by doing so, you get all the computer generated data about that restaurant such as their menu and cost of having a meal there.  But that’s just one side to it but a more practical scenario would be watching a live TV action like soccer and on the screen you see some lines appear on both sides of the field which tell you the distance between  where Christiano Ronaldo would be playing the free kick from and the goal post, also you can see information on how he played it in a similar game in the past and all of that. Using this same scenario, you would be able for instance under the right algorithms to see if Messi played it from and determine whether Ronaldo is more likely to score than Messi given the right data. What the sports channel has done basically is to bring together a live scenario and overlaid it with similar footage while the live game is ongoing. Given other more complex environments especially with more sophisticated gadgets, an app could be developed to interact with your cameras and microphone such that the images from your devices can be used even by others to identify you. MasterCard is exploring way to use AR to further make logging in securely more fun by exploring the idea of replacing  passwords with selfies and fingerprint or the 2010 app Recognizr which allowed users to identify  just anybody and get their contact details by just uploading their photos to social media and while this may be good for security, imagine that in the hands on a criminal. There are several materials on the subject online but for now let’s get back to Pokémon GO.

The game which  was jointly developed by game developing company Niantic and the Pokémon Company, with Nintendo as a partner allows users also known as Pokémon Trainers catch the fictional characters known as Pokémon  and afterwards train them to battle each other and it’s all a game in the end. Brining AR into this, the app uses the camera and gyroscope on your device to display  a Pokémon as though it were real. And according to an article on Wikipedia, after capturing a wild Pokémon, the player is awarded two types of in-game currencies: candies and stardust. The candies awarded by a successful catch depends on what evolutionary chain a Pokémon belongs to. A player can use stardust and candies to raise a Pokémon’s “combat power” (CP). However, only candies are needed to evolve a Pokémon. Each Pokémon evolution tree has its own type of candy which can only be used to evolve or level up. The player can also transfer the Pokémon back to the Pokémon professor to earn one more candy and create room for more Pokémon. I had to use that line seeing as I haven’t played the game myself.

But probably more important is that you won’t believe how much of a hit this was in just 48 hours of launch.

Let’s use some stats from Similar Web which says the game  was “already installed on 5.16% of all Android devices in the US. If that doesn’t seem like much, consider that by Thursday, July 7th, Pokémon GO was already installed on more US Android phones than Tinder.” That’s just the beginning , over 60% of those who have downloaded the app in the US are using it daily, meaning around 3% of the entire US Android population are users of the app. This metric, which we refer to as Daily Active Users has put Pokémon GO neck and neck with Twitter, and in a few more days, Pokémon GO will likely have more users Daily Active Users than the well-established social network. 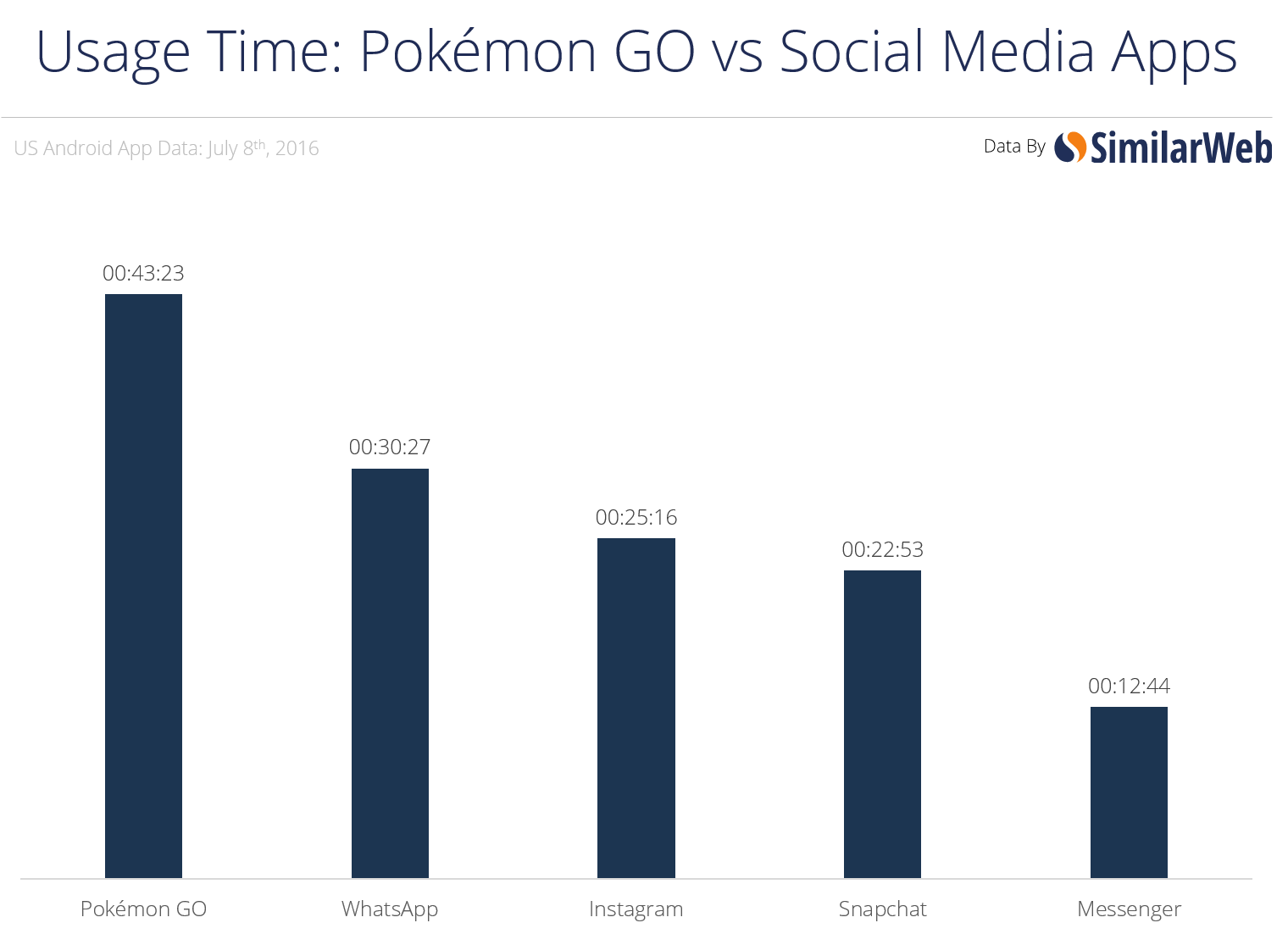 In terms of Usage Time, Pokémon GO is taking up a ton of its user’s time. As of July 8th, the app was being used for an average of 43 minutes, 23 seconds a day, higher than WhatsApp, Instagram, Snapchat, and Messenger. “

With Nintendo being a partner, their shares surged yesterday in trading. CNBC reported that the Nintendo  stock closed up 24.52 percent on Monday at 20,260 yen ($199.70) per share; this followed Friday’s gains of some 8.9 percent. This means that the company added $7.5b to its market value……the estimated daily turnover for Pokémon Go on the first day was around 400 million to 500 million yen ($3.9 million to $4.9 million), so in order to give Nintendo a serious leg up earnings-wise, the app needed to be consistently at the top position for sales on app stores.

As with Virtual Reality (VR) dark sides which we reported last week, augmented reality (AR) has its own dark sides. In the CNBC article, four people had been arrested in Missouri for multiple armed robberies in which they appeared to have used the app to lure potential victims. The suspects reportedly added “beacons” to a “PokéStop,” allowing them to attract Pokemon Go players to a specific area and now the police is pleading with members of the public especially those with children to please use caution when giving out information such as your location via apps like this. Like I said in my VR dark side article, VR or AR should s complement your natural environment and not eliminate it.

For those of us in other parts of the world, we don’t know when this app will be available to us but as reported by Similar web, users around the world have been trying to download Pokémon GO using an apk (Android Application Package), bypassing the official app store. Since the app’s release, traffic to apkmirror absolutely exploded, increasing from just over 600,000 visits on July 5th to over 4 million visits on July 6th. Here’s a link to the apk.

The  video attached to this article is from GameXplain on YouTube and it shows you how to play the game.