Instant Articles; Facebook’s publishing tool that allows media houses host their articles on Facebook so users can load articles tem times faster than usual is coming to its Messenger app.  This was announced by David Marcus shows heads the Messenger division at Facebook in  post earlier today.

This comes as Facebook brings business tools to the messaging app in form of third party collaborations like Dropbox and Chatbots for business which it introduced this past April. 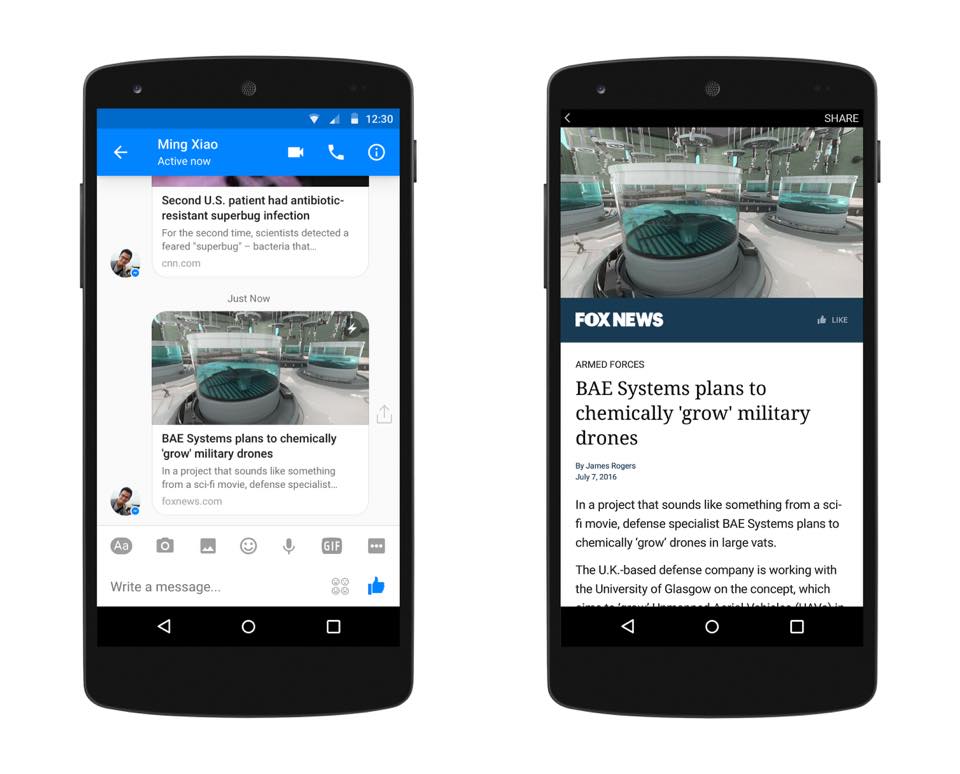 Well there isn’t much to know here other than you’ll see the lightning bolt sign to indicate that this article will load instantly. The service is available on Android and will soon be on iOS.

An expansion of the service to Messenger will allow the app’s 900 million users to have access to instant articles and this should make some publishers happy.