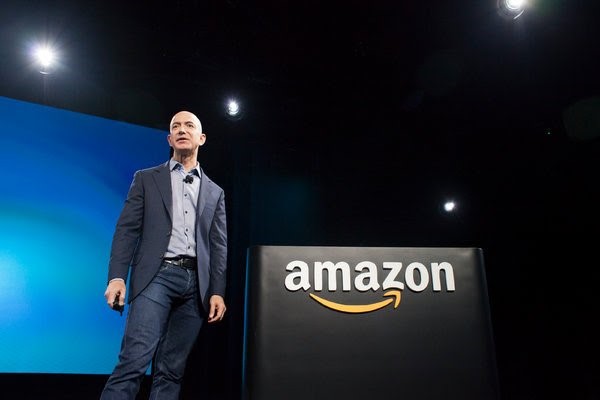 Apple got there first. Amazon was second.

For a brief moment early this week, Amazon shares of climbed to $2,050.50, pushing its market capitalisation above $1 trillion. That makes the e-commerce giant the second US company to attain a $1 trillion value, after Apple in August.

The $1 trillion marker is an impressive, and a largely psychological milestone lots of people get excited about big round numbers. Within minutes of reaching it, Amazon’s stock price had fallen about $10, dragging the company’s market cap back down to the $990 billion range. Apple, on the other hand, sits comfortably at $1.1 trillion. 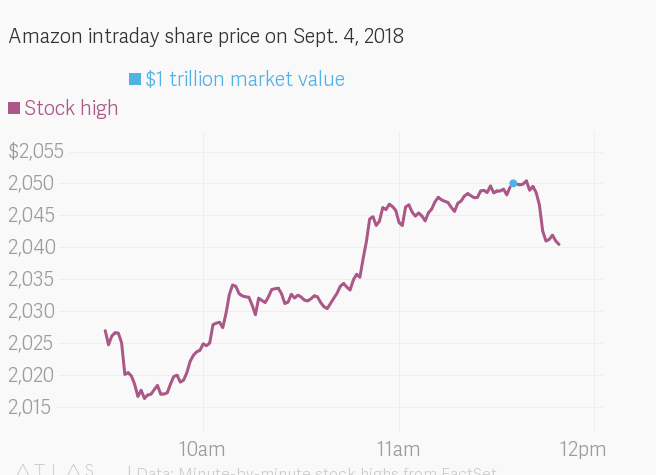 Analysts at Morgan Stanley predicted in November 2017 that Amazon would become a $1 trillion company by the end of 2018. At the time, they valued its e-commerce operations (Amazon.com) at $600 billion, its cloud-computing business (Amazon Web Services) at $270 billion, its membership program (Amazon Prime) at $70 billion, and its advertising efforts at $55 billion. (Those same analysts now value the company at $1.23 trillion.

The company lost money for years as Bezos focused on building up a customer base and expanding the company’s delivery capabilities. But in recent years, its stock price climbed sharply as the company has begun to turn a profit. In its most recent quarterly earnings report, Amazon announced more than double the profits that Wall Street analysts had expected.

The company almost doubled its value this year, starting 2018 with a valuation of $580 billion. Profits from Amazon Web Services, its cloud computing business, significantly boosted the company’s bottom line in the second quarter, and investors have continued to demonstrate unrelenting confidence in the Seattle-based company’s acquisitions and explorations into new markets including healthcare, advertising, and groceries. 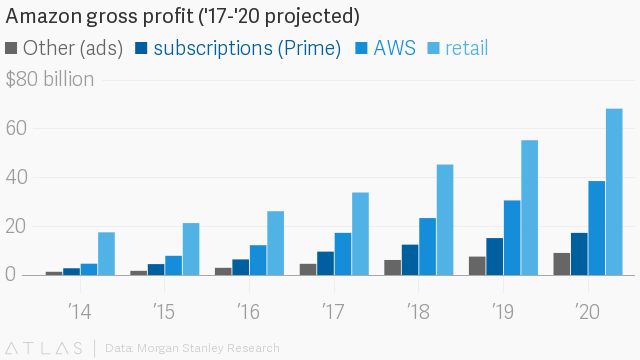 Amazon’s success has made Bezos the richest man in modern history, according to Bloomberg, with a net worth of more than $160 billion.

In his letter to shareholders this year, Bezos wrote: “We continue to aspire to be Earth’s most customer-centric company, and we recognize this to be no small or easy challenge. We know there is much we can do better, and we find tremendous energy in the many challenges and opportunities that lie ahead

A trillion dollars may be an arbitrary threshold, but it’s still a remarkable statement of how quickly the 24-year-old company has grown, and the boundless confidence investors have in its future.