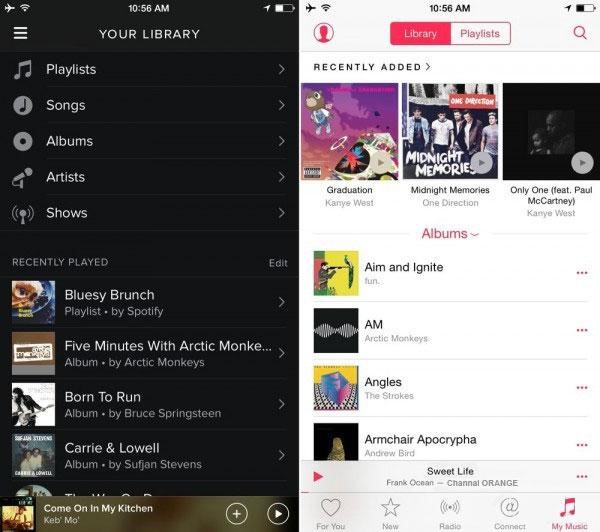 Apple Music has been finding it really hard to maintain, catch up and keep up the pace with Spotify which has a growth rate of about 15 million subscribers per year, which hit almost 20 million in just 2 years of launch.

Jimmy Iovine who runs Apple Music realizes that the company still has a lot more catching up to do and he explained in a report as he told Billboard news that  “Just because we’re adding millions of subscribers and the old catalogue numbers are going up, that’s not the trick. That’s just not going to hold” and we are ready to do more by giving our users the best , keeping them up to date on the latest music.

Lovine also told Billboard that the company is making plans to add more features and also use the service to build a closer and better relationship with music artists and their fans by adding exclusive documentaries, better and outstanding advertisement, and live streaming interviews of their favourite artist. He also added that this might not do the trick but is an option they are willing to take and watch the outcome before adding more.

Before Apple music is able to catch up with Spotify to reach a 10 million monthly target or even more. The company has to put in a lot in order to get more users to subscribe to their music service that way giving them a much more better service than any other streaming company can offer.

The upside though for Apple Music remains a newcomer compared to Spotify which has been in operation since 2008. Apple Music was launched in 2015 and  now has about 30 million subscribers and so while its growing probably at a healthy pace, it needs to do more if it must dominate the music streaming market.