How Many Solar Panels Does It Take To Charge A Tesla?

After years of growth, China’s vehicle demand began declining in 2019 and really nosedived especially in February 2020 as a result of the effect of the pandemic. Despite the unquantifiable effect of the pandemic, China remains the leading global auto market with an enormous amount of sales reported. Given the country’s population level, the potential for China’s automobile market is still presented as enormous. This huge market accounts for a growing 31.1% of all sales at a global level.

The US is second on the list, followed by Japan and then India. In 5th place is Germany, followed by Brazil followed by South Korea, then Russia,  At the edge of the top 10 rankings, we find France and finally the United Kingdom. All this makes up the top 10 auto markets in the world. With a focus on China, we present to you the top 10 best-selling new energy passenger cars, including SUVs, in the world’s largest auto market for the year 2021.

1. Hongguang Mini EV is a battery-electric micro-car manufactured by SAIC-GM-Wuling since 2020. Retail deliveries began in China in July 2020. As of September 2021, sales since inception totalled 400,000 units.

2. BYD Qin (pronounced “Chin”) is a compact sedan developed by BYD Auto, available as an all-electric car, as a plug-in hybrid and as an internal combustion engine vehicle.

3. Tesla Model Y is an electric compact utility vehicle (CUV) manufactured by Tesla. This super EV was unveiled in March 2019, started production in January 2020, while deliveries started in March 2020. 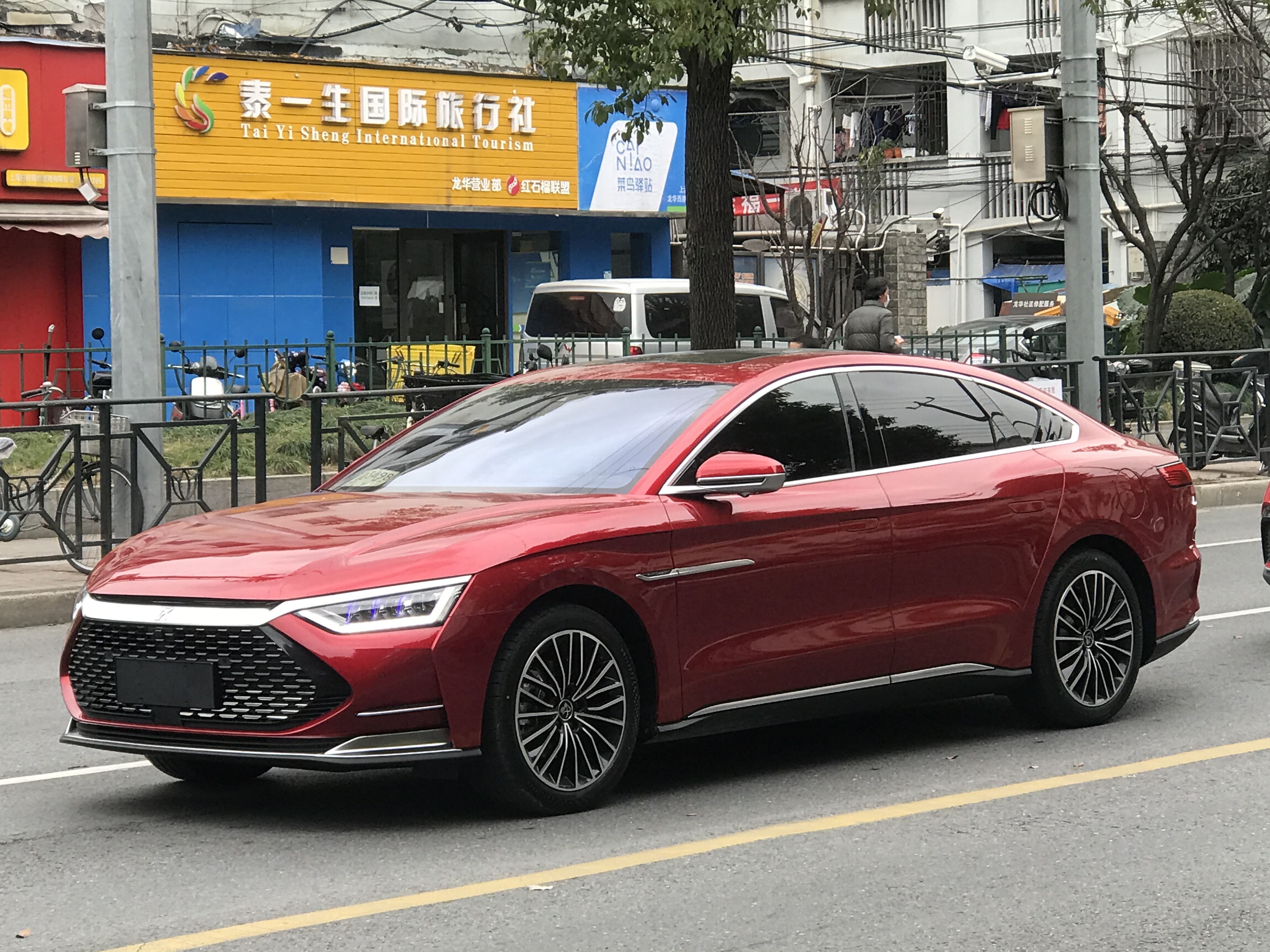 5. BYD Han is a mid-size luxury sedan vehicle manufactured by Chinese BYD. Also available in an all-electric variant and a plug-in hybrid variant. It gets its name from the Han Dynasty, the first golden age of Imperial China.

6. BYD Song is another CUV type of vehicle developed by BYD. There are three compact crossovers in the Song lineup, the original 1st-gen Song renamed Song classic, the slightly larger Song Pro, and the even more upmarket Song Plus.

7. Li Xiang One is a luxury mid-size crossover SUV type of electric vehicle manufactured by Li Xiang. The first vehicle to be showcased by the Chinese automobile manufacturer. As of 2021, it has the second-longest electric range of any PHEV in the world after the BMW i3 120 Ah REx.

8. Chery eQ1 is an all-electric car that is manufactured by the New Energy Vehicle division of Chinese auto manufacturer Chery. In 2016, during the reveal, the eQ1 was originally planned to be called the Chery @ant, the eQ1 name was later given in line with the Chery eQ.

9. BenBen EV is powered by an electric motor producing 75hp and 165nm of torque. It’s manufactured by Changan Automobile.

10. Aion S is a Chinese EV marque manufactured by Guangzhou Automobile Corporation, also known as  This EV was first introduced in 2018 as a sub-brand and in 2020 as a marque.

Hongguang Mini is an electric car that has retained the best-selling spot. Last year, it tripled sales and sold about 395,451 units, according to reports. But more expensive electric cars from Tesla and BYD remain the top vehicles sold in the new energy vehicle category, which includes battery-powered and hybrid cars.

Obviously, three EV models manufactured by BYD made it into the top 10, this includes the BYD Qin which sold about 187,227 units, surpassing all Tesla models. Following closely is Tesla’s Model Y, reported to have launched in China last year and has managed to be part of the top high-end new energy SUV category recording sales of up to 169,853 units in 2021. Tesla’s Model 3 is next and reported to have sold about 150,890 units last year, these figures exceeded 2020 sales by nearly 10%.

According to predictions by renowned executives from major Chinese electric car companies, new energy vehicles will no doubt dominate the world’s largest auto market both in terms of demand and supply in about ten years from now. New energy vehicles refer to battery-powered and hybrid cars.