Home Business Too Good To Be True: It Looks Like The Elevated Bus Project Won’t Be Happening Following Arrest Of Its Architects In China 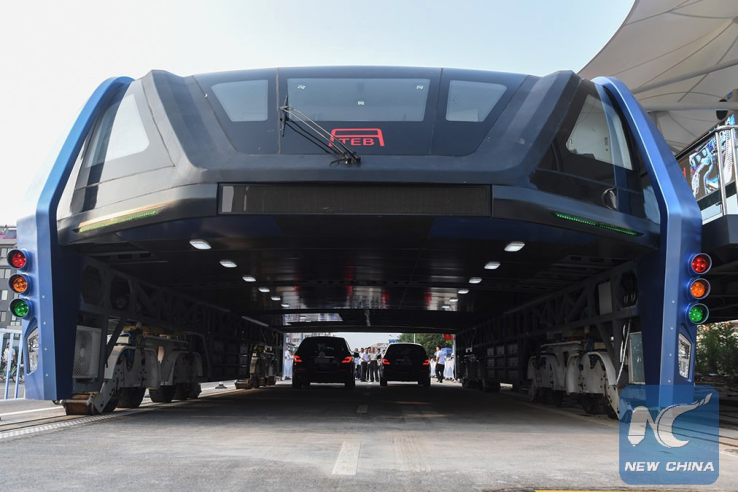 When China’s Transit Elevated Bus (TEB) was announced about a year ago, it seemed too good to be true because of what it accomplished. First it made use of the existing road infrastructure without interfering with regular road travel. Since then though little was hard about the project until now when authorities in China believe the whole idea may have been a scam after all.

Beijing police have now detained 32 people behind the project after investors complain of illegal fund raising by the project architects. According to Chinese new site Sixth Tone, “Party-owned tabloid Global Times published an editorial on Thursday denouncing Song Youzhou, the bus’s inventor, and casting doubt on the project’s feasibility. “Emergency announcement!” the article read. “If you see this news again on another major media site, do not believe it!”

“Most serious among the allegations by Global Times is that TEB Technology raised money by soliciting crowdfunded investments from a peer-to-peer (P2P) financing platform. The editorial warned that the project would lead to mom-and-pop investors losing their money.

P2P platforms operate in an unregulated grey area in China, and fraud is rampant throughout the sector. Global Times reminded readers that earlier this year, Chinese authorities arrested 21 people behind Ezubao, one of the biggest P2P lending sites, on the suspicion that they had defrauded investors to the tune of more than 50 billion yuan ($7.5 billion).”

Beijing police are investigating Huaying Kailai, a financing company that they say was responsible for helping the TEB company raise funds. Now it looks like the TEB website is down and its phones disconnected in what many now see as scam. The northeastern Chinese city of Qinhuangdao authorities where the project was prototyped have started removing the bus tracks from the roads which now makes it look like the project may never see the light of day – at least for now.

The TEB failure can best fit into the saying, not all that glitters is gold and if it’s too good to be true, it probably is.