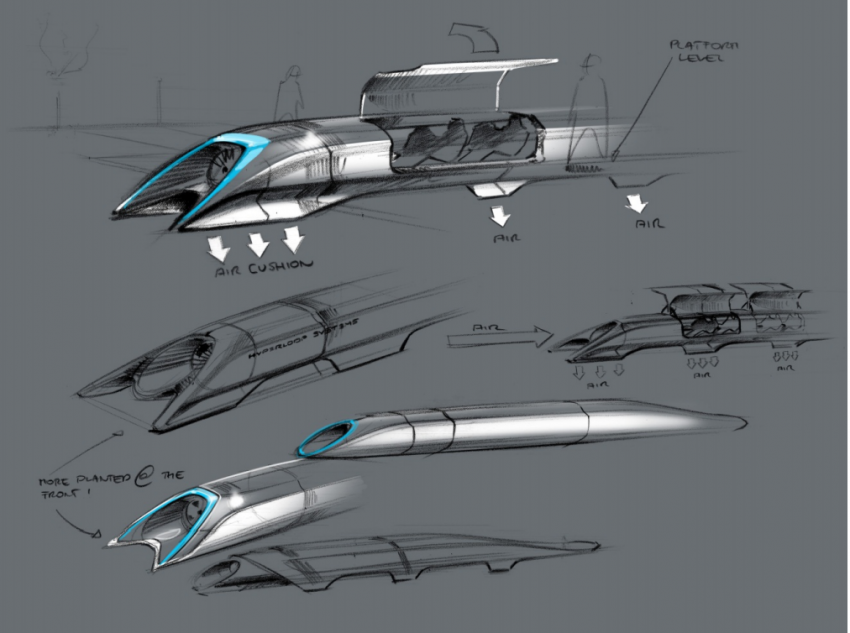 The SpaceX and Tesla CEO has been mulling the idea of digging a tunnel to ease traffic in LA  when he revealed his frustrations with congestions in the city over traffic. “It will be called Boring Company”, he said.  The California department of transportation spokesperson said there was no permission for such work submitted. This was sometime in January. Six moths after, he’s back with a claim to have received a “verbal approval” to build the hyperloop from New York city to Washington DC (usually a 3 hour journey by train that they say will be done in 29 minutes using the hyperloop). It will be the longest world’s tunnel if completed. He tweeted:

As expected, his tweets sparked some kind some kind of intrigue because obviously a lot of work is needed to receive formal approval. A “verbal approval” holds no water. It’s quite ridiculous that an interstate transit project with a significant street-level footprint in four of the east coast’s largest cities would be approved verbally.

“Who gave him a permission to do that?”, asked a spokesman with the Maryland department. “Elon Musk has had no contact with Philadelphia officials on this matter. We do not know what he means when he says he received ‘a verbal  approval’. There are numerous hurdles for this unproven ‘hyperloop’ technology befire it can become reality”, said Mike Dunn, the city spokesman.

It appears that his revelation was quite premature as every relevant individual in the government has claimed ignorance of the impending world class project. A spokesperson for the state of Pennsylvania confirmed that Musk or his company had not been contacted  by neither the governor nor the state’s department of transportation.

Nevertheless, Sam Teller, a spokesman for the Boring Company has refuted their claims of ignorance when he said that the company had “a number of promising conversations with local, state and federal government officials”; still, he declined to comment on which localities were included, so it’s quite unclear if either of them were on the New York to DC route. “We have received verbal support from key government decision makers for tunneling plans”, Teller said and also reiterated that they “expect to secure the formal approvals necessary to break ground later this year”.

Another possible reason why there’s a lot of skepticism surrounding this project may be related to  the planning and environmental review which Musk has said nothing about. Purchasing a land on the route he’s proposing to carry out the gigantic protect is a lengthy and bureaucratic process. It’s not just some kind if random project but one that would need cooperation with states, cities, the federal government and other relevant agencies.

Therefore, “there is just a gigantic environment of people that this project would be required to work with”, said Madeline Brozen, associate director of the Institute of Transportation Studies at the University of California, Los Angeles. She stressed further that “there is no such thing as a verbal environmental approval” and that “the government really wants to be very careful about how they permit and allow projects, and a verbal agreement is not how that process works.

Inasmuch as the concept of a Hyperloop remains a theory, it appears that Musk needed public attention to probably make his claim a reality. Whatever, the reason, bringing the Hyperloop project won’t be a bad idea to bring the city congestion to a halt.