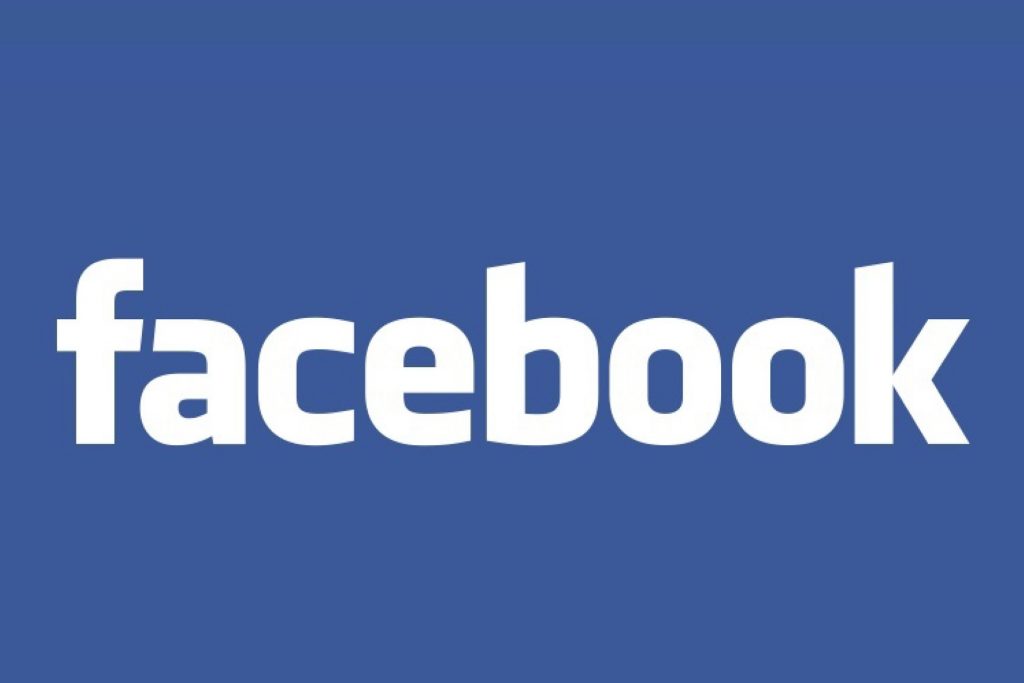 Until now, Facebook has appeared to be immune to the litany of scandals its business has generated over the past couple of years, with ever-increasing growth in revenue and users and an unsinkable stock price. On Wednesday, its ability to coast on its years of success finally seemed to give out.

On an earnings call with investors, Facebook reported that its revenue grew by 42 percent over the same time last year, reaching $13.2 billion for the quarter—a number that was lower than the $13.3 billion analysts expected. The slight miss may have been what sent Facebook’s stock plunging more than 23 percent after the call in after-hours trading, but more likely it’s what’s going on with some of the social network’s metrics.

Facebook’s margin fell to 44 percent in the second quarter from 47 percent a year ago as it spent heavily on security and initiatives to convince users the company was protecting their privacy. The company shares also fell as much as 19.6 percent to $174.78, a decline that if sustained would wipe about $124 billion off the company’s value – or nearly four times the entire market capitalisation of Twitter Inc. 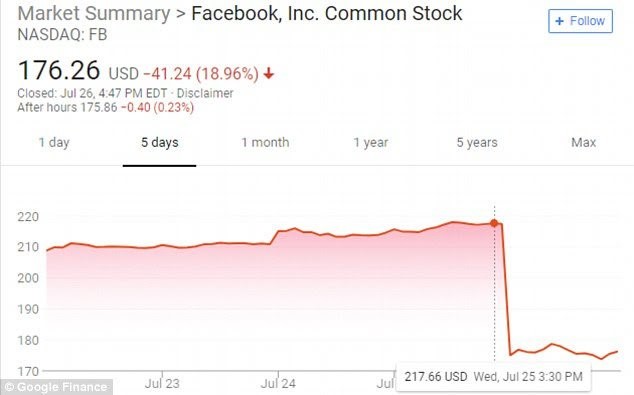 For months, the company’s count of daily active users in the U.S. and Canada has been hovering around 185 million; it’s basically no longer growing. That means that either new would-be users, like teens, aren’t joining Facebook or that the social network is shedding users at around the same rate it’s gaining new ones. 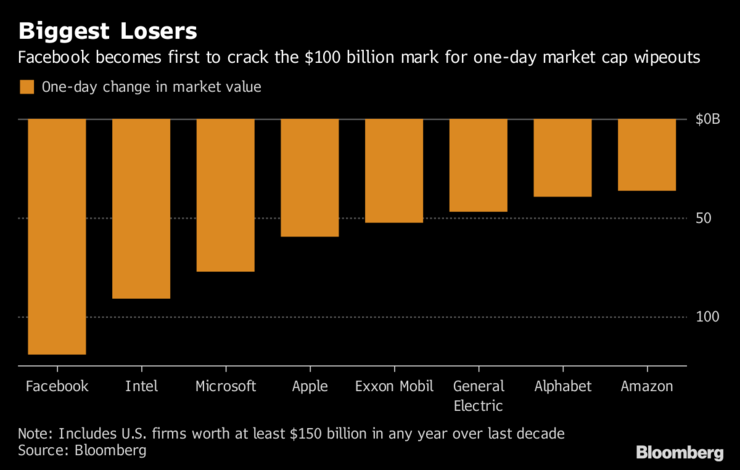 In Europe, Facebook experienced a drop in daily active users, down to 279 million from 282 million the previous quarter—a change likely attributable to sweeping new European privacy laws that went into effect in May. Globally, Facebook’s monthly active user base grew by 11 percent. Despite stagnant user growth in its biggest markets, Facebook continues to rake in billions in ad revenue—mostly on mobile. Mobile ad sales accounted for 91 percent of the company’s ad revenue this quarter.

Zuckerberg described Instagram in particular as an “amazing success” and noted the money-making potential of Instagram TV, a longform video format, which launched at the end of June. Throughout the earnings call, efforts were made to highlight the fact that the company’s future growth would not come from the core Facebook platform but from its other properties, including its messaging apps and Instagram.

“Our total revenue growth rates will continue to decelerate in the second half of 2018, and we expect our revenue growth rates to decline by high single-digit percentages from prior quarters sequentially in both Q3 and Q4.” The chief financial officer, David Wehner, said.

“We did see a decline in monthly activities in Europe, down by about 1 million people as a result, and at the same time, it was encouraging to see the vast majority of people affirm that though want us to use context, including from websites this they visit, to make our ads more relevant and improve their overall product experience,” Zuckerberg said on the earnings call with analysts.

The loss of stock value bumped Mark Zuckerberg’s net worth plummet by nearly $20 billion leaving Zuckerberg down to number six — on Forbes’ ranking of the World’s Billionaires, behind Spanish fashion magnate Amancio Ortega and Warren Buffett. He was listed Thursday as $81.9 billion less richer than Jeff Bezos, who still hold the top spot on that list. According to Forbes.