Tired of seeing those red dots that constantly appears on your notifications icon from the Groups, Watch, or other tabs in your Facebook app? Facebook is working on reducing the number of red dot notifications in the Facebook mobile app.

According to app researcher and reverse-engineering expert Jane Manchun Wong, The company is testing tools that allow users to customize what types of in-app notifications they see – i.e. for the Watch, Profile, and Groups tabs nested in the top bar of the app. Of course, disabling them outright won’t be possible, but it’s still going to be better than having to tap each one to clear it.

There’s no official word from Facebook on why this is being done, “Related to the work we’re doing with the well-being team. We’re thinking about how people spend their time in the app and making sure that it’s time well spent.” The report further claims that the change could be in an effort to reduce some of the anxiety that’s been connected to red dot-style mobile notifications. These notification badges have been designed the way they are, after years of research, in order to maximize the possibility of the user engaging with them. However, this “growth hack” has backfired to some extent, in that many users now often feel overwhelmed by the badges—especially if they also display the number of missed notifications—and are less likely to tap on them”

“People don’t necessarily want to see a notification on the badge [the in-app dots on tabs] if they’re already getting notifications in the jewel [the red counter on the Facebook app icon on your phone’s home screen]” a Facebook spokesperson told TechCrunch. 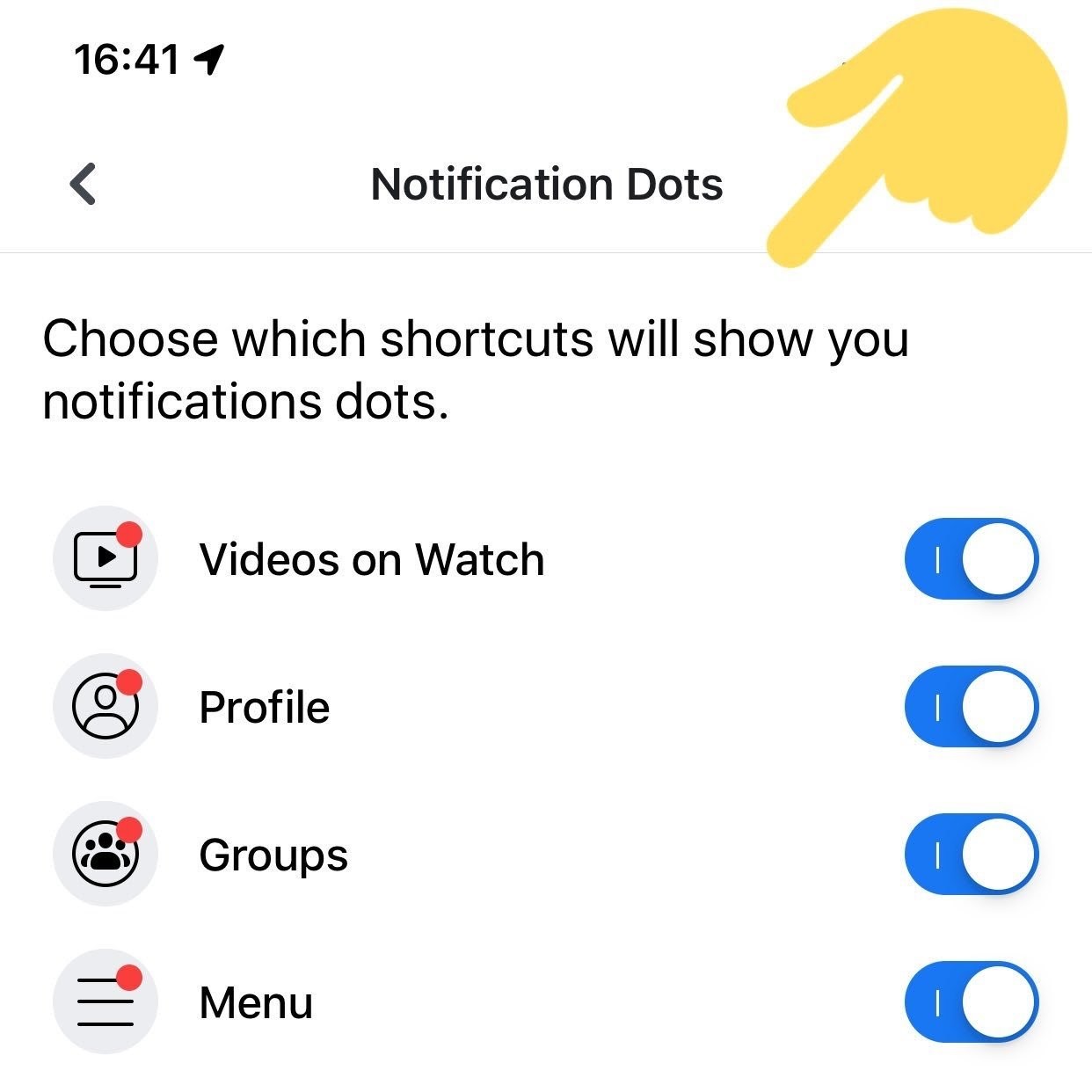 The feature has already entered the testing stages, but is not yet widely available. If it passes, it’s likely going to roll out to everyone in the coming months, and will be located Menu > Settings & Privacy > Settings > Notifications > Notification Dots.

One tab/shortcut where you can’t disable the dots is Notifications, which actually makes sense since that’s the main way the app alerts you to activity around your profile and content. But since you already get a heads-up about new Groups posts or when you’re tagged in a photo there, the notification dots on the other tabs are just redundant and distracting.

However, the company is looking to mitigate this by allowing users to customize what notifications they see in the Facebook mobile app. Of course, total freedom is out of the question, but going forward, you may be able to turn off the red dots on the Watch, Profile, Groups, and Menu tabs in the Facebook app