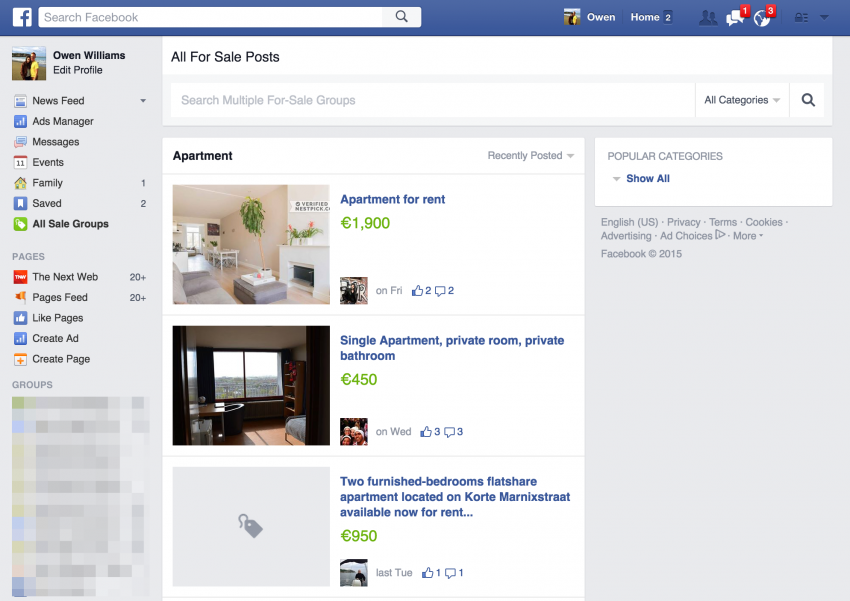 According to sources, Facebook is currently testing a feature that’s close to the eBay business model. In the Facebook version, this option will be in the news feed making it easy for a user to have a unified view of items on sale across user groups.

This feature will be rolled out worldwide in the coming weeks.

Selling on Facebook may provide the advantages of avoiding third party costs and provide you the opportunity to sell directly to your friends and contacts. Facebook has now rolled out a payment platform on its messenger.

Practically speaking though, one would have expected such a feature before now on a platform that’s 1 billion strong. Security and identity theft would be the major issues facing this service

We’ll bring this news in detail to you when this service is launched officially.

Image credit: The Next Web