Home Enterprise This Is Spectacles From Snap Inc (Formerly Known As Snapchat): Sunglasses With Camera
Share

Far back in March, CNET reported that Snapchat may be working on its hardware but since then little was heard about it. But earlier this month, many started seeing what could only be described as the handwriting on the wall that this could very well in fact be true when Snapchat which also rebranded to just Snap (Snap Inc.) joined the Bluetooth Special Interest Group; an industry group that runs the Bluetooth technology standard. . The company has now officially announced that its first hardware is coming to the market. It will start selling Spectacles; a connected sunglass that’s capable of recording 10 second videos for about $129.99/54,000 Naira later this year.

“We’ve created one of the smallest wireless video cameras in the world, capable of taking a day’s worth of Snaps on a single charge, and we integrated it seamlessly into a fun pair of sunglasses – available in 3 different colors!”

Using this new wearable from Snap, you press a single button that begins a video recording process. The camera has a 115 degrees lens too which is what it considered a person’s field of view by Snap. This means that you should be able to record what’s in front of you and some others by your side using Spectacles. 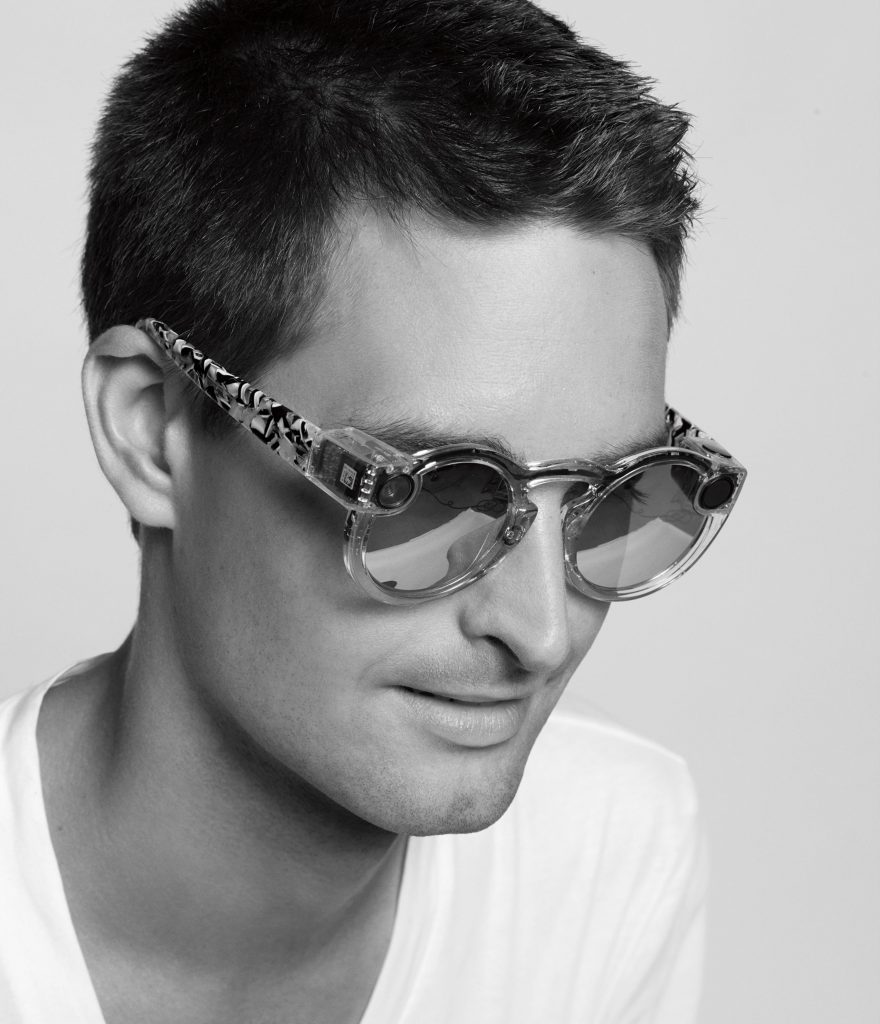 Newly renamed company  Snap CEO Evan Spiegel told the Wall Street Journal that “He remembers testing a prototype in early 2015 while hiking with his fiancée, supermodel Miranda Kerr. “It was our first vacation, and we went to Big Sur for a day or two. We were walking through the woods, stepping over logs, looking up at the beautiful trees. And when I got the footage back and watched it, I could see my own memory, through my own eyes—it was unbelievable. It’s one thing to see images of an experience you had, but it’s another thing to have an experience of the experience. It was the closest I’d ever come to feeling like I was there again.”

Snapchat originally known for pictures that disappear after some time and has attracted a record number of teenagers, also like other social media networks started focusing in videos. By September last year, Snapchat reported 4 billion daily views and was said to be taking on the likes of Facebook which reported 8 billion views (although much of that is now in dispute – see more here).

With Spectacles though, they are filling a vacuum that the failed Google glass left and this could very well appeal to a broader audience of younger people. Spectacles look good and even from the images on their websites, they look fashionable which a=is another advantage.