Twitter, more than any other social media company, faces a unique challenge even after more than a decade of existence: It still doesn’t know how to explain it’s functionality to its new users. But 12 years after launch, the company is finally making a statement that can be heard. It has recently shifted its marketing strategy to a top notch and user growth is on the rise once again. Oh yeah, it’s also profitable for the first time in a long time.

“We’ve been working to change how you discover all the information around news, events, and stories, and today, we’re sharing a few steps forward,” also added “It’ll be easier to find and follow the big events and stories you care about in your timeline, Notifications and Explore. Also, there’s a new look and feel for Moments showing everything you’d want to see.”

The company shared that it’s working on changes to its content discovery features, as well as push notifications for events and news stories the platform identifies as likely to be interesting to you, Search, and Moments. The changes in each features include:

Moments will soon scroll vertically instead of horizontally to match the Twitter timeline — Twitter said that in its tests, a vertical layout led to more user engagement. Some will also include multiple timelines featuring different types of tweets, so you can see “all the best Tweets surrounding a story.” 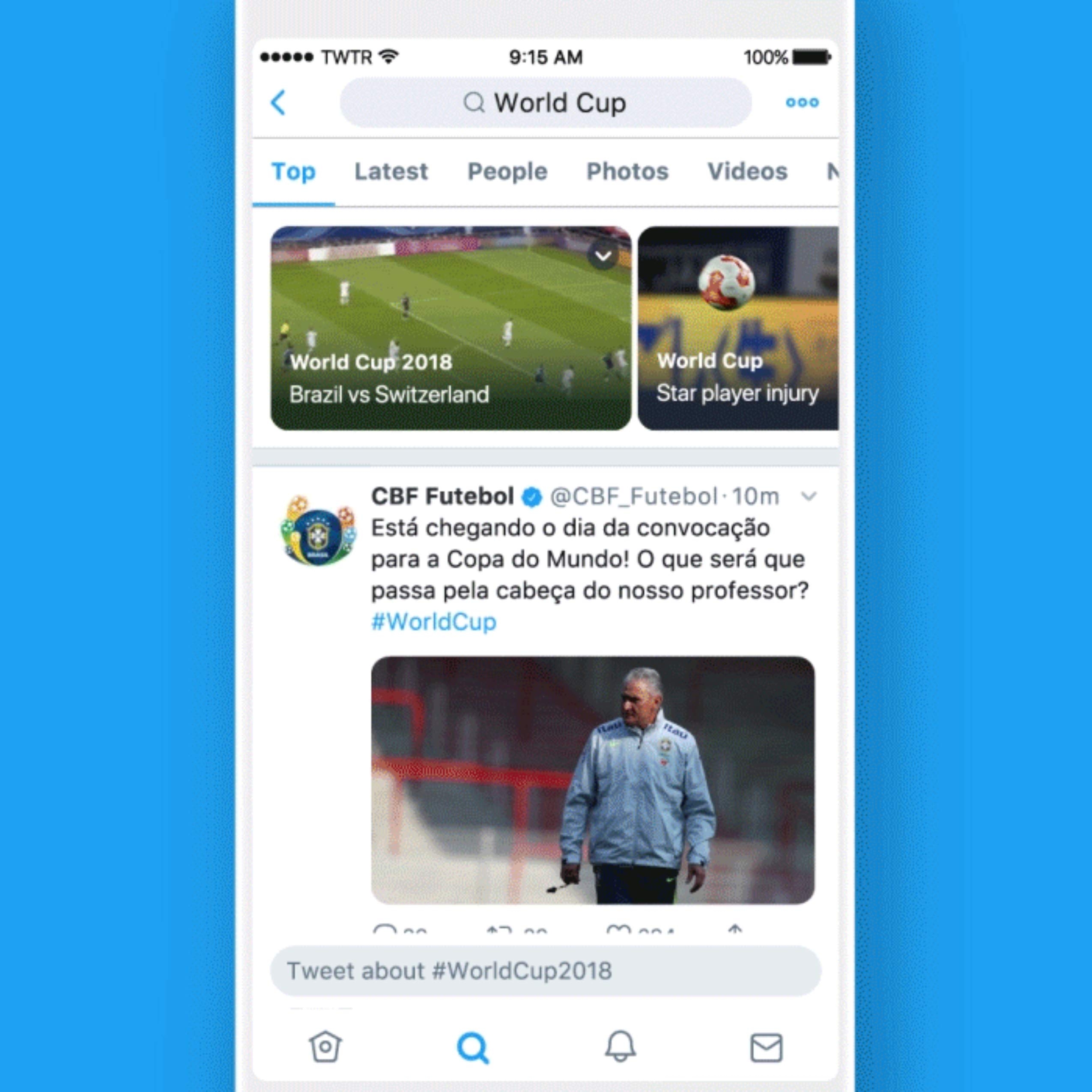 Explore will be getting topic tabs to make it easier to navigate in the next few months, and starting today, search results will have a highlights row at the top, featuring things like videos and game scores. Twitter’s Happening now feature is also expanding to include non-sports stories.

Last year, Twitter rolled out its ‘Happening Now’ feature to make it easy to follow along with live sporting events directly from your timeline. Now Twitter is expanding its “Happening now” feature, which allows sports fans to follow along with tweets about a game and get the score in one place. This feature will include tweets about breaking and personalised news surfaced to the top of a user’s timeline.

Twitter will also rolling out push notifications for news and stories with alerts based on interests gleaned from your activity on Twitter. There’s also a page for the World Cup rolling out today in 10 different languages, as well as pages for each individual match in the cup.

Most of the changes in each features will be rolling out in coming weeks and months.