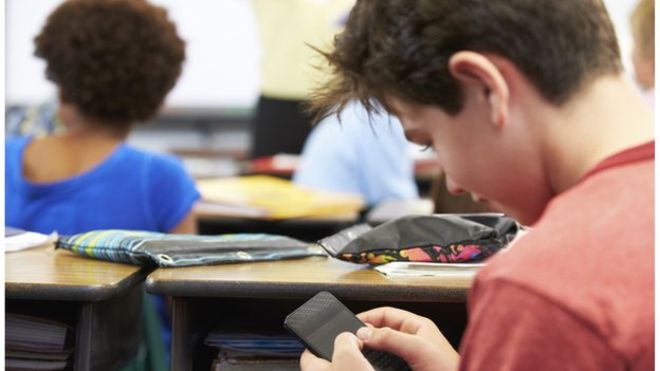 The use of smartphones in schools is becoming increasingly popular, except where they have been banned. A recent survey by price comparison suggests that about 49% of parents want mobile phones to be banned in schools.

Just a few schools noted that their child’s school had already implemented a ban to help the students regulate phone use and concentrate better in school activities.

Aside from the distractions caused by these smartphones, another worry is the seemingly increasing value of gadgets used by the children. The same survey suggests that a child averagely uses a gadget valued at £301. The survey was carried out by Opinium on behalf of uSwitch. It indicates that the average cost of gadget was on the rise.

It had estimated that by 2019, the value of gadgets taken to schools in 2019 will reach £2.3b. Additionally, 43% of children use a newer model of phones than their parents. Totally, adults are spending £13b annually on phone expenses raked by their kids.

The decision to ban mobile phones completely has stirred a controversy. While some parents commend schools that have enforced a ban, some argue that banning the gadget prevent the children from learning how to self-regulate their use of smartphones and other gadgets.

Mr. Doku said it was “understandable” that parents worried about the children’s phone addiction but maintained a contrary opinion that banning the devices was not the way to go.

“Children are very likely to be using a whole range of gadgets when they enter the world of work, and school is one place where they should be able to learn about technology in a safe environment. In addition, many parents want their peace of mind of being able to contact their children in emergencies, and find out where they are if they don’t appear at home at the usual time, whether by calling them or using an app,” he said.

Of course, not everyone will agree with this approach.

Some parents think that if the world is already full of gadgets, kids should not be denied the privilege to use them. Going to school prepare them for what lie ahead, which is technology. Furthermore, allowing them to handle these electronic gadgets will teach them to self-regulate. Banning smartphones will be denying them the opportunity to learn self-regulation.