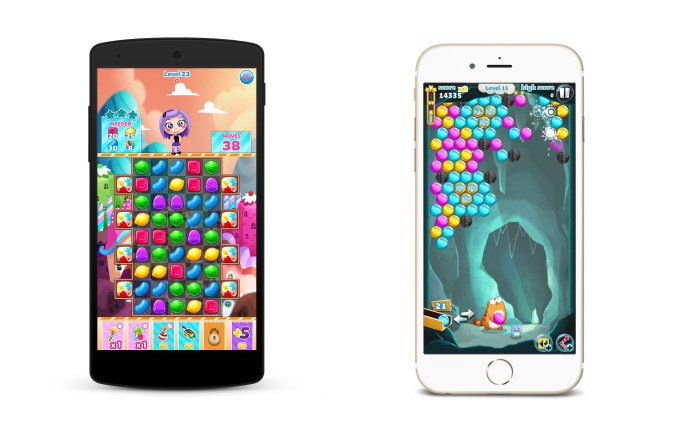 Viber will look to the examples of Korea’s Kakao Talk, which became profitable last year thanks to its games platform, and Japan’s Line, which clocked $192 million in Q3 2014 revenue thanks to games and has seen over 300 million cumulative downloads from its two-year-old gaming platform.

A Curated Selection Of Games
Marco told TechCrunch in an interview that the company is aiming to maintain a clutch of handpicked titles rather than a huge number of games. To that point, the ‘Viber Connect’ API is staying private for selected partners only.
“We will partner with other game developers in the future, but our approach is not to have hundreds of games, just small highly curated selection,” he said.
“We have wanted to do games for quite a while, our plans have been in process long before the acquisition,” Marco added.

Social gaming began with companies like Kakao Talk, WeChat and Line in Asia, but this year has seen the likes of Kik, Tango and now Viber — services that have significant user bases in the West — enter the fray. Marco said he is looking forward to the reaction of Viber’s 209 million monthly active users, but he also outlined that Viber’s games platform has been designed so as not to interfere with the core messaging experience for users.

There is a dedicated section inside the app for game notifications and other related messages, and users can opt out of that if they wish.
“If you don’t want to play games, Viber will stay exactly how it is for you… but the games are a lot of fun,” Marco said, laughing at his own addiction to Viber Pop.

Read more on this story from TechCrunch here