Home General App With Google Drive, You Can Now Migrate Your iOS Files To Android Seamlessly 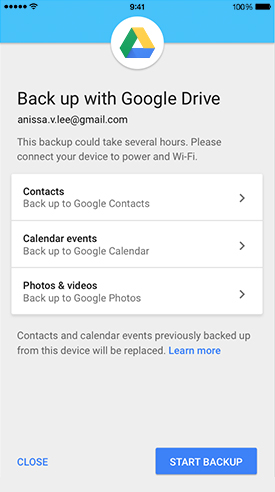 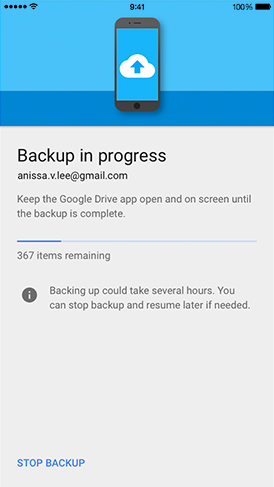 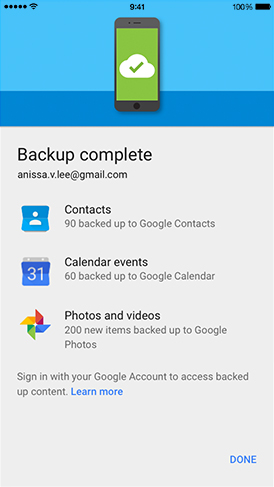 There are ways of getting your data from an iOS device to an Android one but Google is saying the best way to do that is to simply install Google Drive. On a newly published page called Switch on the Android website, it says you can now migrate content easily by simply installing/updating to the latest version of Google Drive.

To do this on iOS after you may have updated your Google Drive of course, go to Menu > Settings > Backup and then select what you want to migrate and hit the Get Started button. Once you have done this and backup/migration is complete, you can now sign in to the Android device using the email credentials you used for Google Drive on the iOS device. At this point the files would have been migrated.

While this has been received well by users so far, other think Google’s next update to the app should allow users easily port their music, text messages, and videos among others.

Samsung, HTC, LG, Sony and others have tools that let you migrate files from your iOS device to their devices and they even go further than what Google Drive provides at the moment but seeing as Google Drive is a more popular tool, this is a welcome development.

Last year, Google started allowing Facebook’s WhatsApp users on Android to start backing up their chats on Google Drive and this looks like what iOS users already have such that they can back up their chats in Apple’s iCloud. The only and probably significant difference is the size they both offer. While Apple allows users up to 5GB of free space, Google allows users up to 15GB for free with other options to unlimited storage for photos.