Home Commerce You Won’t Be Able To Buy Guns, Marijuana And Even Pharmaceuticals On The New Facebook Marketplace 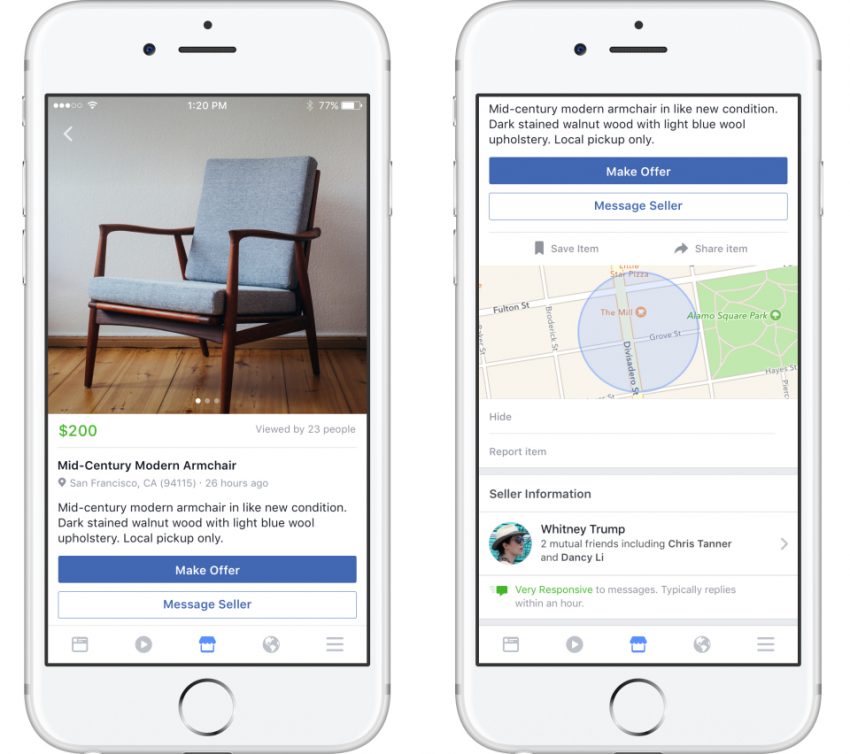 While many have embraced the news of Facebook evolving into a kind of eBay, others like me think it may be long overdue but you know what they say, it’s better late than never.

In a post yesterday, Facebook said it was launching marketplace which leverages on the strength of its 1.71 billion users by allowing them upload items to sell while making it easier for other users to locate items on sale in their area. The new feature will now appear at the bottom of the screen of your Facebook app for iOS and Android and will be available in the US, UK, Australia and New Zealand. It’s currently being tested in Chile with a promise to launch the service in other locations soon.

With that, services like eBay and Craigslist now have a real and powerful competition and frankly speaking many saw it coming.

The feature is not new on Facebook because before this announcement, more than 450 million users on Facebook already visit buy and sell groups and seeing as that many users already use similar service, the decided to open it to all.

Like eBay the marketplace opens with items that have been posted by users in your neighbourhood or town which makes it easier to do business either by going to verify before making payments and that’s if you don’t trust the source. You can also browse what’s available in a variety of categories such as Household, Electronics and Apparel. Use the built-in location tool to adjust the region you’re looking in, or switch to a different city altogether.

That said, it’s likely that you won’t be able to buy items like guns, marijuana and other related drugs on the site and that may mean legitimate pharmaceuticals too. Like other sites that prohibit pornographic and extremist materials, Facebook may not be able to identify all of these potential violators which is why it would now rely on you to report items that you think don’t meet the community standards.

Back to why I said I expected this a while back, even they (Facebook) first made mention of this back in 2007 and didn’t go through with the plans and then seven years later, they allowed For Sales Groups which is where they say they have recorded over 450 million users which is their primary motivation for opening it up to all users now.

To use it as seller, simply;

To also use as a buyer, check for the marketplace icon at the bottom of your screen and then you should see all items available.

Like I said earlier, this could spell doom for services like eBay and Craigslist depending on how you see it. On Facebook, it’s easier to sell to your own network easily seeing as they may be people who have been following your for years and know your reputation in the industry. It’s easier for those people to trust you and that’s why many may eventually opt for the Facebook Marketplace eventually. There is also the issue of audience. Imagine doing a business on Facebook and hundreds of millions of users can see it, you’re more likely to be in business as opposed to a smaller audience.

Be that as it may, these guys have covered a lot of ground over the years and sometimes, you may just want to stick to the devil you know or maintain your business on other platforms while trying the marketplace.

Facebook may launch its Facebook @ Work service soon to take on services like Salesforce Chatter which costs about $15 per month. The social media giant’s revenues have also been encouraging in recent years and these are the kinds of services that could see an increase in revenue for Facebook. For example, they could start giving sellers the opportunity to promote their items in a crowded marketplace for a fee. Though they didn’t mention it, there could be the possibility of commission in future. Who knows and for the rest of us outside the US, UK, Australia and New Zealand, we would have to wait a bit longer to start using the service.