If what you’re about to read all works out at least from the Windows end, then you will be able to play Nintendo 64 games in Xbox One. According to gaming web site The Game Freak Show, “with the Windows 10 store going universal, it was just a matter of time until we would see Windows 10 games and apps appear on Xbox One. Well, the developer of the N64 emulator on Windows has announced that his app would work on Xbox One, and is currently only available on Preview members’ consoles. 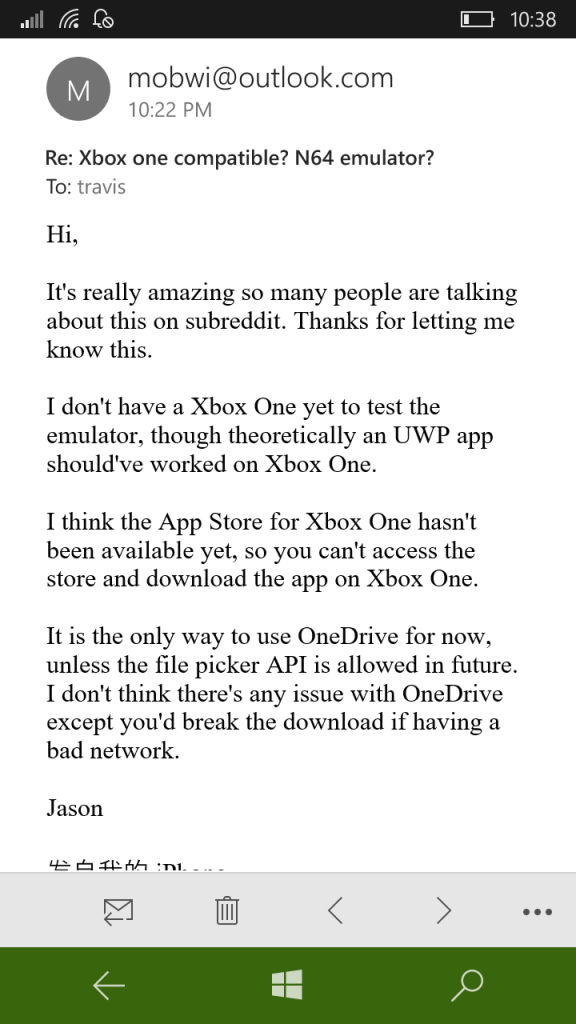 Unfortunately, you cannot purchase the app directly from the store since Microsoft haven’t offered an option to the developer, so he can publish directly. But it seems there is a loophole for those looking to play some Super Smash Bros on their Xbox One. According to the developer, to gain access to the app, which is called Win64e10, you have to purchase it first through your Windows 10 PC or Mobile device before it will show up in your ready to install list.  The app costs around $5.99 currently, and does not come with any games obviously, but offers gamers to sideload games from alternative storage options. However, it remains to be seen if Microsoft will allow this app to appear on the Xbox store.”