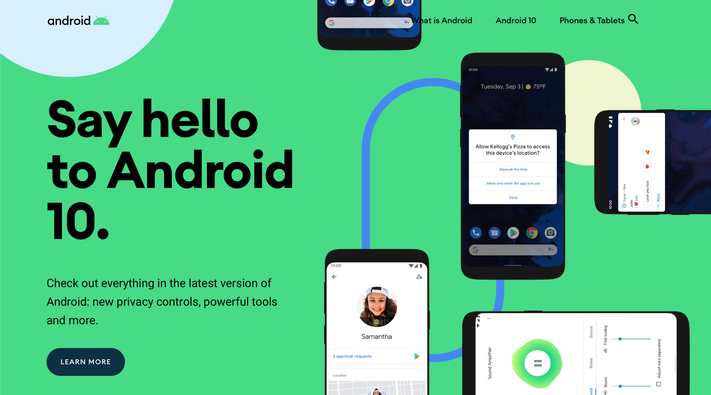 Few weeks away from Google officially releasing the next version of Android: Android 10. Google recently announced it’s ditching dessert or sweet names for Android releases, citing differences in how letters are pronounced in different languages as causing confusion amongst users. So, instead of Android Quiche, we now have Android 10.

Google’s Pixel phones will obviously be the first to get Android 10’s official release. All Pixel phones are part of the beta testing and anyone with these devices can enroll for the program and get the new version of Android Q or Android 10 on their devices

These are the Pixel phones that are getting the official Android 10 update today:

If you own a Pixel phone, you should expect an‌ Over-The-Air update really soon. Installing this new version won’t format or delete any data from your phone. But to be on the safer side, you could always back up your phone before installing the system update. Also, a minimum charge of 50% is recommended before going for the upgrade.

Android 10 also brings the much-requested Dark‌‌ Mode that won’t only reduce strain while using the phone late at night but will also save battery on phones that have OLED panels.‌‌ Google has also revamped the way you interact with the UI by introducing new gestures.‌‌ The pill-shaped button and the back button are gone and now make way for a simple line at the bottom from where gestures are to be initiated.

With the help of Project Treble, other OEMs are expected to reduce the lag in pushing updates for their smartphones. OEMs that primarily use Android One, such as Nokia, are expected to be one of the first ones to push Android 10 to their devices. There are also rumors stating that OnePlus is putting its foot on the pedal in making the new update available to the OnePlus 7 and the OnePlus 7 Pro.

How to install Android 10

If you have a Pixel phone, either in the Android 10 beta program or still on Android 9.0 Pie, you can check for and install the update by going to Settings > System > Advanced > System Update > Check for update.

Once the update is available for your phone, installing it is the same process as the monthly security updates Google releases. It’s a good idea to have a strong Wi-Fi connection and your charger, just to make sure everything goes smoothly.

Remember, Google is starting to roll it out now, so it might take a day or two before it shows up on your phone.

What about non-Pixel phones?

If your device was part of the Android beta program for third-party device makers, then you’ll need to wait until the official release is ready from your respective company. Most beta participants will continue their beta program until an official build is available for your phone.

You can check the official Android 10 beta devices website for a list of devices and links to the specific instructions.

With Android 10 installed, you’ll want to learn how to use its best features, familiarize yourself with gesture navigation and dig into the new privacy settings.