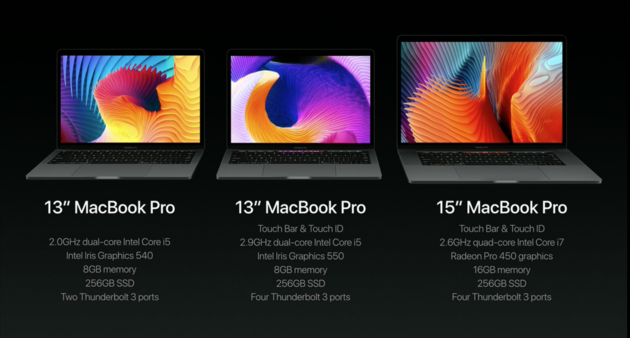 Apple just unveiled the MacBook Pro and here’s what to know about it.

As rumoured, it’s a Touch ID finger sensor and Touch Bar device which means the keyboard as you know it is gone. But if you don’t like the idea of removing the traditional keyboard, there’s a 13 inch model without the Touch Bar and ID. So in all, three models were announced;

Chassis: Both are slimmer and lighter than what we used to know.

Touch Bar: It is a sensitive retina display that changes with whatever it is you’re doing at the time. If you’re sending a message for example, expect to see emojis to be displayed for easy access. 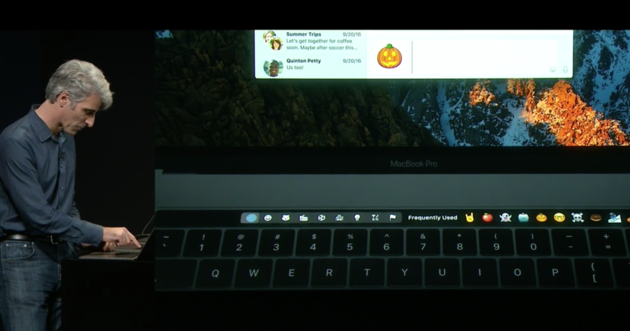 For applications like Photoshop, the Touch Bar brings a slider to it which is used to easily edit photos in full screen mode. Navigating between tabs in Safari for example, Touch Bar will enable you see small visual previews. It’s a lot that it can do on different apps.

Touch ID: This site next to the Touch Bar and it enables you make payments quicker in the App Store. This means that you can login instantly and even switch accounts.

Battery life: Both models offer up to 10 hours of battery life

Second Generation Keyboard: this is an upgraded version of what is obtainable in smaller MacBook Airs.

Speakers: high fidelity speakers that are capable of maximally displacing air in the room. This simply means that the sound from the new MacBook Pro will drown out unwanted noise thereby giving you crystal clear sound.

Connectivity: it comes with 4 Thunderbolt3 ports. Thunderbolt is the brand name of a hardware interface developed by Intel that allows the connection of external peripherals to a computer. Thunderbolt 1 and 2 use the same connector as Mini DisplayPort (MDP), while Thunderbolt 3 uses USB Type-C. It was initially developed and marketed under the name Light Peak, and first sold as part of a consumer product on February 24, 2011