Facebook is bringing its live streaming 360-degree video to all users as long as you have the right tools to stream such a video. First launched in December, it was open to select content creators. This feature works using the existing live streaming feature on Facebook and provided you have any of the following cameras, you should be able to bring the experience to your viewers;

This feature provides up to 1080p, 30fps playback and a maximum streaming time of four hours. You also need a strong connection to broadcast 360-degree videos and Facebook actually recommends 4 Mbps down connection.

That said, each of the above mentioned camera were mentioned by Facebook because they have dedicated apps for this purpose but if you have other cameras with the same functionality, all you have to do is go to  facebook.com/live/create and as Facebook points out, “We’ll continue to work with other manufacturers to integrate additional cameras.”

See the attached video for tutorial on the Insta360. 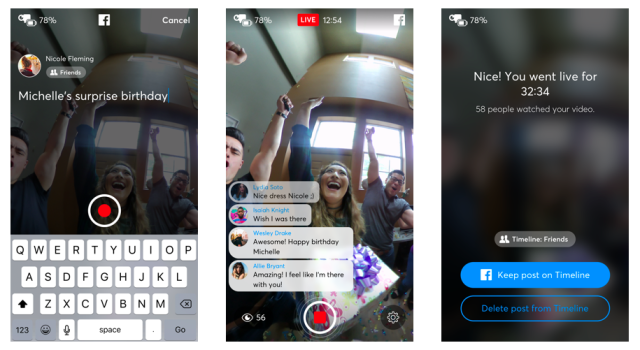