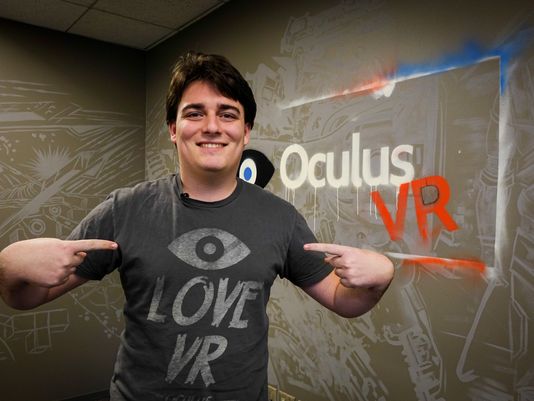 Palmer Luckey; the guy behind VR Company, Oculus that Facebook bought for $2b in March 2014 is leaving Facebook. Having being at the centre of a legal battle between Facebook and ZeniMax Media on an issue that borders around intellectual property, he announced his departure after stories of falsehood about his invention.

ZeniMax claims that the Oculus idea is based on its software and after trial, the court passed a judgment in ZeniMax’s favour and that Luckey owed $50m for false designation of Oculus.

Since then ZeniMax as brought more legal actions against Facebook even against buying Oculus.

Facebook on its part said “We’re thankful for everything [Luckey] did for Oculus and VR, and we wish him all the best.”

But Palmer Luckey has been known for other things than tech inventions. Palmer Luckey gave $10,000 to Nimble America which is a pro Trump organization. The problem here is not the funding but what the organization he’s funding stands for. The Daily Beast which reported the story on  said Nimble America; a Trump meme machine said it’s dedicated to proving that “shitposting is powerful and meme magic is real,” according to the company’s introductory statement, and has taken credit for a billboard its founders say was posted outside of Pittsburgh with a cartoonishly large image of Clinton’s face alongside the words “Too Big to Jail.”

As you might expect, that kind of support is not well received in Silicon Valley. This is not to say that support about four months ago may have played a role in his departure.