It looks like just another beige office park building next to a dental office in Menlo Park, California. Yet Building 8, across the street from Facebook‘s main campus, houses the social network’s biggest bets on out-there products.

The tech industry has a term for what people inside Building 8 work on: moonshots. Think potentially groundbreaking projects that could reshape Facebook’s long-term future and even how all of us communicate. 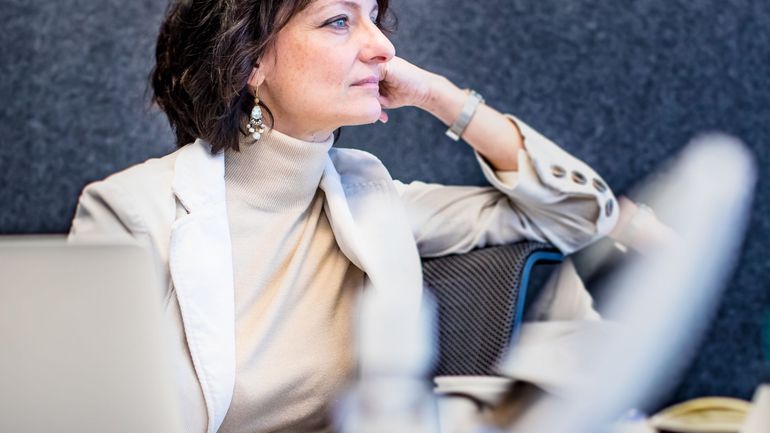 Since then, Facebook has given tantalizing hints about Building 8’s mission, saying only that it’s focused on “seemingly impossible” hardware in augmented and virtual reality, artificial intelligence, connectivity and “other important breakthrough areas,” with “clear objectives for shipping products at scale.” The one thing we knew for sure: The company had been amassing a dream team of hardware veterans from the likes of Apple, Motorola, Google and other industry heavyweights.

Some of that secrecy faded Wednesday, when the group unveiled its first two projects: a “brain-to-computer interface” that would allow us to send thoughts straight to a computer, and technology to “hear” or absorb language through vibrations on our skin.

“If I’m doing my job well, we should deliver things people didn’t know to ask for,” Dugan — who previously headed Darpa, the Defense Department’s famed tech arm — tells me Monday from a working space on Facebook’s campus. “There’s the risk of failure. But that’s precisely the price you pay for the honor of working on something new.”

You might not expect off-the-wall hardware products from a social network known for the Like button, status updates and baby photos shared among nearly 2 billion people each month. Yet the company already has its hand in everything from virtual reality headsets to massive drones meant to blanket the earth with Wi-Fi signals. It can’t afford to let up.

That’s because Silicon Valley is on a constant quest to find the next big thing. Like Alphabet, Apple, Amazon and other major tech players, Facebook’s future depends on ambitious moonshots that could open new business opportunities.

“Even if the technology is out there and never gets turned into a product, the R&D work that goes into it can often be used for things being created in the real world right now,” says Jan Dawson, chief analyst at Jackdaw Research. Just as important, moonshots “attract and retain smart employees,” says Dawson.

In the Valley, that’s a competitive advantage in its own right.

Building 8’s brain-to-computer project comes straight from the top. “One day, I believe we’ll be able to send full, rich thoughts to each other directly using technology,” Zuckerberg said in a Q&A on Facebook two years ago.

“You’ll just be able to think of something and your friends will immediately be able to experience it too, if you’d like,” he said.