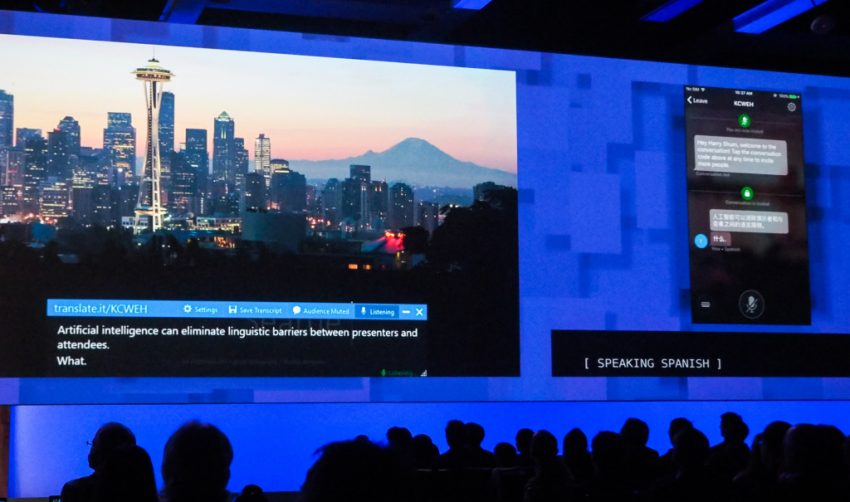 Microsoft announced a Presentation Translator tool that can automatically translate texts of a PowerPoint presentation while keeping the original format. The new tool is an add-in and supports Chinese, English, French, German, Arabic, Italian, Japanese, Portuguese, Spanish and Russian languages.

The service can also be used for captioning for audience members show have hearing challenges in real-time.

The tool is in closed preview but you can sign up here for an early access. The AI powered tool was announced at Microsoft’s Build developer summit holding from the 10th of May to the 12th in Seattle.

This announcement comes just less than a year ago when Microsoft announced Zoom for PowerPoint which is a new feature that allows current users of PowerPoint 2016 to navigate slides easily right to the first slide.