When the world firs got a hint of Google Photos last year, we may not have predicted at the time that it would grow to become about the best cloud photo app there is today. They opened our eyes to unlimited high quality photo storage in Google’s Cloud which already gives out 15GB pf free storage to all Google account holders. By this action, they shifted the focus from just having a photo app to storage and what you can do with stored photos in the Cloud. They came up with Cloud tools that enabled us carry out animations and videos and since it has own in-built intelligence system, the app is able to self-organise your pictures and video into sections. For example, if you take a series of shots on an important day say wedding or birthday, its able to intelligently put this into a memorable video and yes there are apps which may be able to do this. But the point here is precision and accuracy.

Anyway, Wednesday marked yet another milestone for the cross platform app. Google announced that the app can now turn your videos into GIFs. The app has always been able to animate your photos but now in videos, it’ll be able to capture great action moments within a video and turn them into GIFs which you can save and share on your favourite social media network.

As part of the update, the app is also going to help you rediscover old memories of the people in your most recent photos. 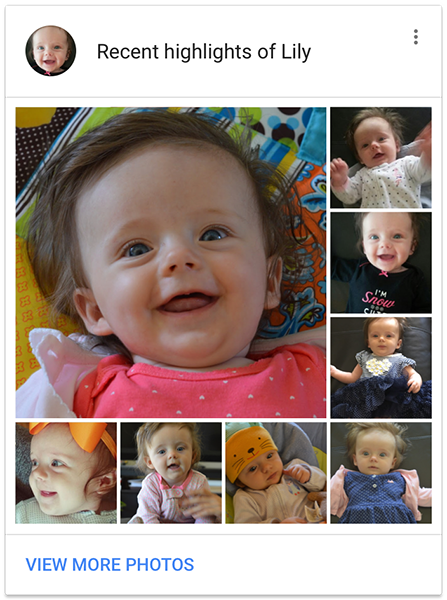 There is also the feature that will help you discover some of the best and memorable photos from your most recent collections. An example would be if you take shots of a child or something else for that matter, expect the app as part of this new update to show you some of the best you have taken so far.

The other big news from the Google announcement is that you can now easily make sideway pictures right side up. By a single tap, photos can be turned and this an improvement from when you would have had to manually do this over two or more taps.

All features are available now on Android, iOS and the web.

Microsoft: Hackers From China, Russia And Iran Attempt To Meddle In US 2020 Elections