Once aimed at a small elite with their blingy designs, luxury smartphones are being toned down as manufacturers look to broaden the appeal of their high-end devices.
Vertu has released a £4,200 ($6,800/₦1,115,200.18) smartphone known as Aster, with a 5.1-inch sapphire crystal screen and titanium casing, materials often used on expensive Swiss watches. Consumers can customize their handmade phone with different leathers including ostrich.
Despite the high-end material used, the design marks a shift away from the diamond-encrusted flashy look Vertu used to make as the company attempts to attract a wider audience looking for a more refined product. 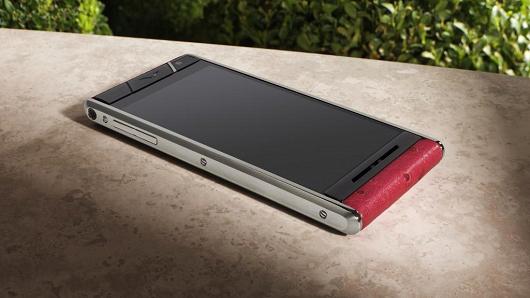 Lower price point phones?
Vertu has typically targeted wealthier consumers in emerging markets such as China and Russia as well as some Middle Eastern regions. Luxury mobile phones saw more than $1 billion of global sales last year, according to Euromonitor, with China, Britain, the U.S. and the United Arab Emirates (UAE) among the biggest markets