It’s not just Samsung that should show off its 5G test success in China. The Chinese tech company, Huawei has an announcement of its own too. The company says it has attained 11.29 Gbps total user throughput and less than 0.5 millisecond latency in its 5G test in conjunction with Japanese telco NTT DOCOMO.

The test which was conducted in the Yokohama Minato Mirai 21 District over the 4.5GHz spectrum band also made use of new numerology and frame structure according to 3GPP 5G New Radio current standards. 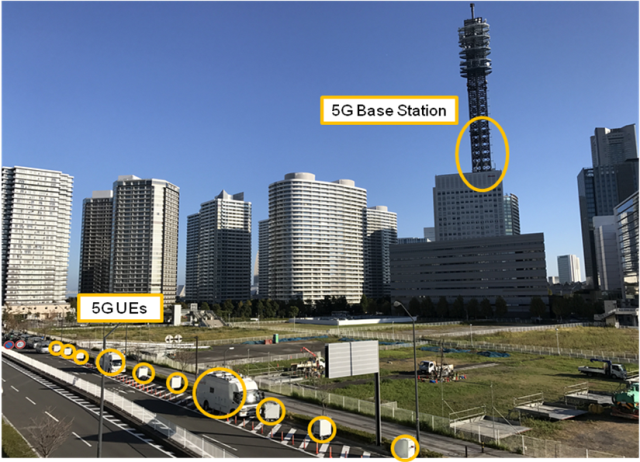 On the success of this joint field trial, Mr. Takehiro Nakamura, Vice President and Managing Director of NTT DOCOMO’s 5G Laboratory said “Our success in 5G large-scale field trial in the 4.5 GHz band brought the whole industry one step closer to 5G commercialization by 2020. DOCOMO and Huawei have been expanding their collaboration on 5G from R&D to international spectrum harmonization initiatives for 5G since December 2014. Together with Huawei, we will continue to promote 5G both from technical and ecosystem perspective.”

At less than 0.5 millisecond values, this value is about ten times better than what it is in 4G networks. Latency refers to the amount of delay in data network over a communications channel. From channel properties to end user equipment, these delays can occur.

As we wait for the 3GPP to come up with a radio specifications for 5G in July 2018, the Huawei test is one of many tests conducted by telecom companies in preparation for the super-fast 5G network.

5G is expected to be 10-100 times faster than today’s average 4G LTE connections.