Home Reviews I Upgraded To iOS 10 And Here’s All I Found Out About It. You Won’t Be Disappointed
Share

Hands on with some of the big changes that come with the iOS 10. So I finally updated to iOS 10 successfully last night and was the hype worth it? Well let’s take a look shall we?

The first thing I noticed on my iPhone 5S after the update was that I was no longer required to slide to unlock my Home Screen, rather I had to press the Home Button to now access the page where I would enter my passcode to finally get on my Home Screen. So first change is no more “Slide to unlock”, it’s now Press to unlock. 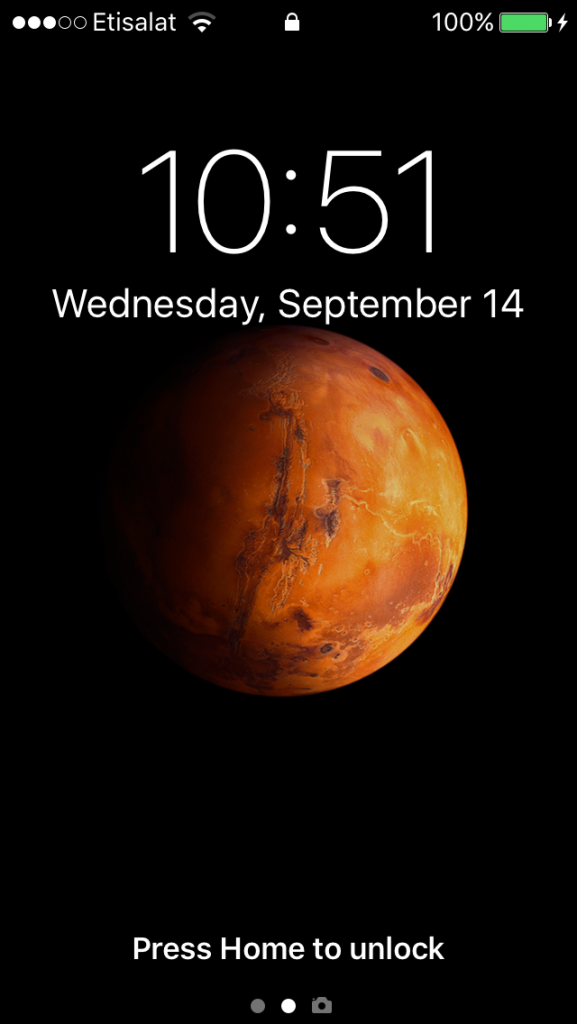 The next thing on mind which I eventually did was to slide in the right direction on the Home Screen to see what changes had happened there and then I saw this; 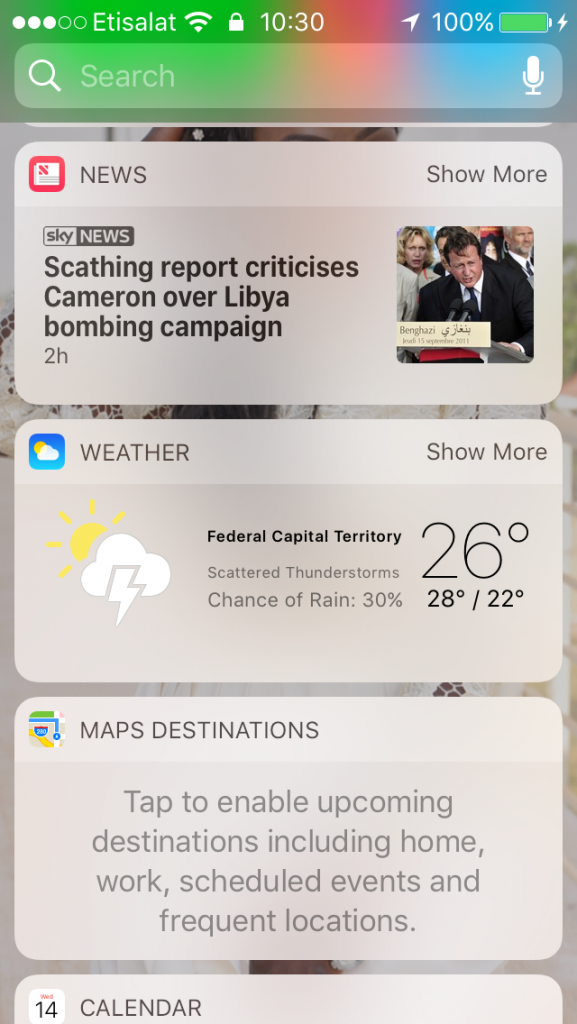 Apple News now appears there as well and you can expand it to see more news after you may have clicked on the improved News app and made some simple configuration like accepting to accept notifications.

And then there’s one of the biggest changes to the Message app as you know it. The new app is something more advanced. It comes with its own App Store. A click on the “I’m in” productivity app says I can now plan my next get together and share with friends from the iMessage app directly.  It’s not just apps that makes the newly upgraded Message app cool, there’s also the fact that you can share what Music you’re listening to with friends directly from the app too. You can now record videos and send in message chats as well. 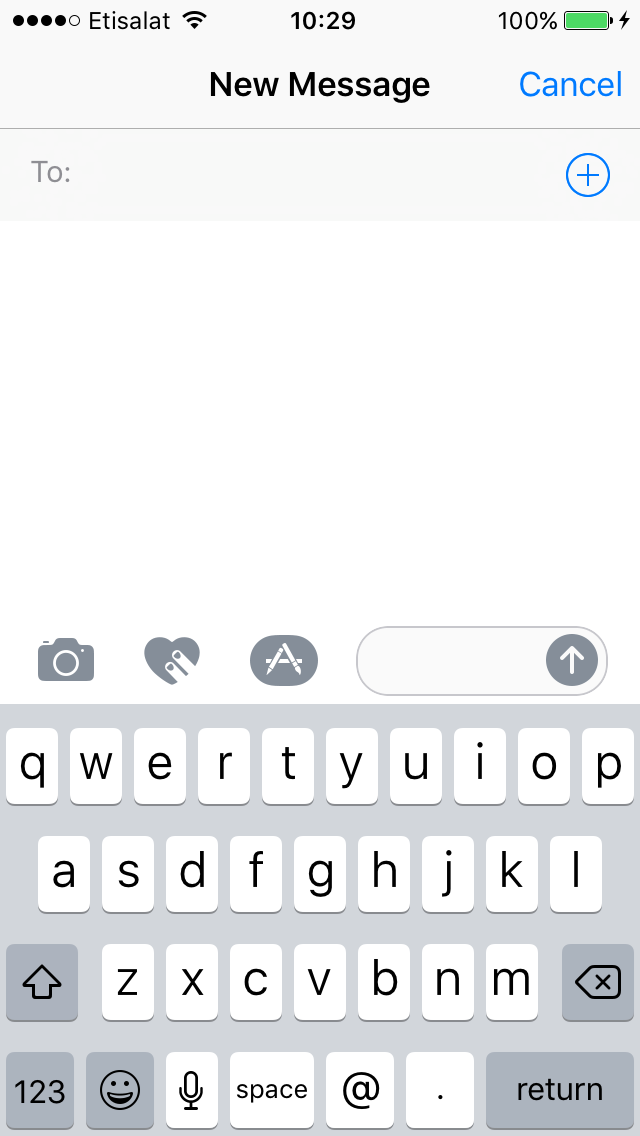 A click on the iMessage App Store takes you to a store where you see something like this; 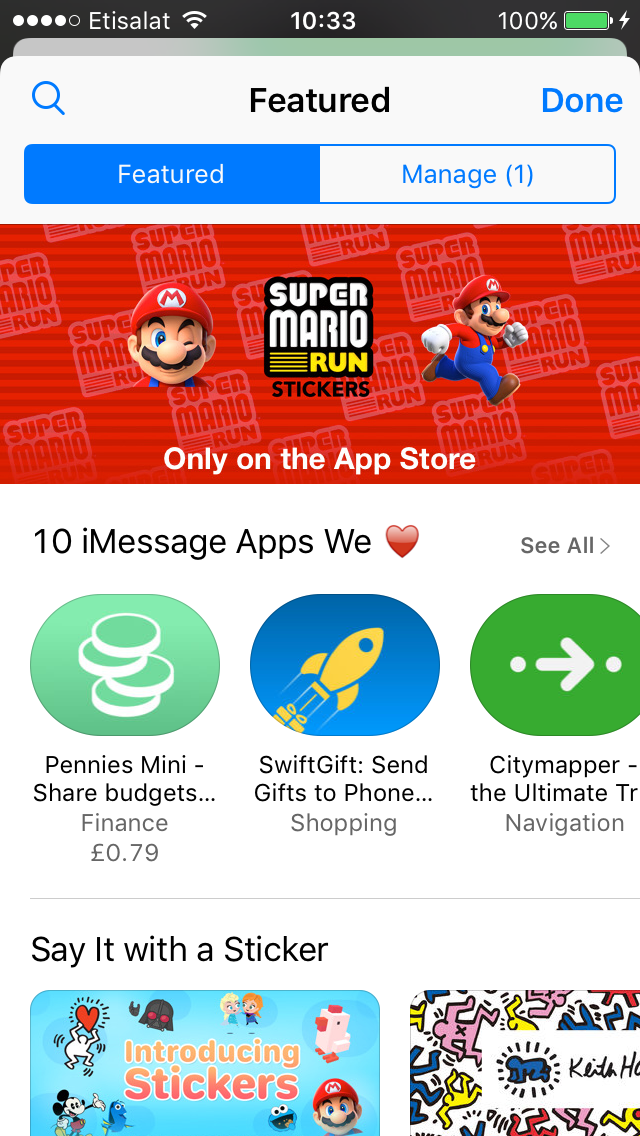 If you the look through you app collection, you may notice that there’s a new addition called Home. Before you can use this feature though, you would have to turn on your Bluetooth to control other devices like iPhone, iPad and Apple TV. From now, the iPad can now serve as a full remote control for other devices. 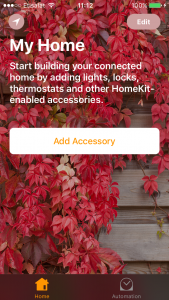 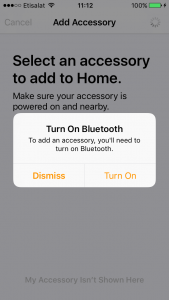 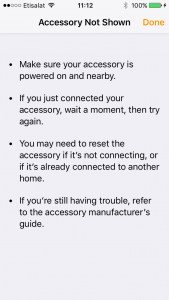 Notifications stay the same basically with the difference being design. As usual you can slide on a notification which takes you to the page within the app. 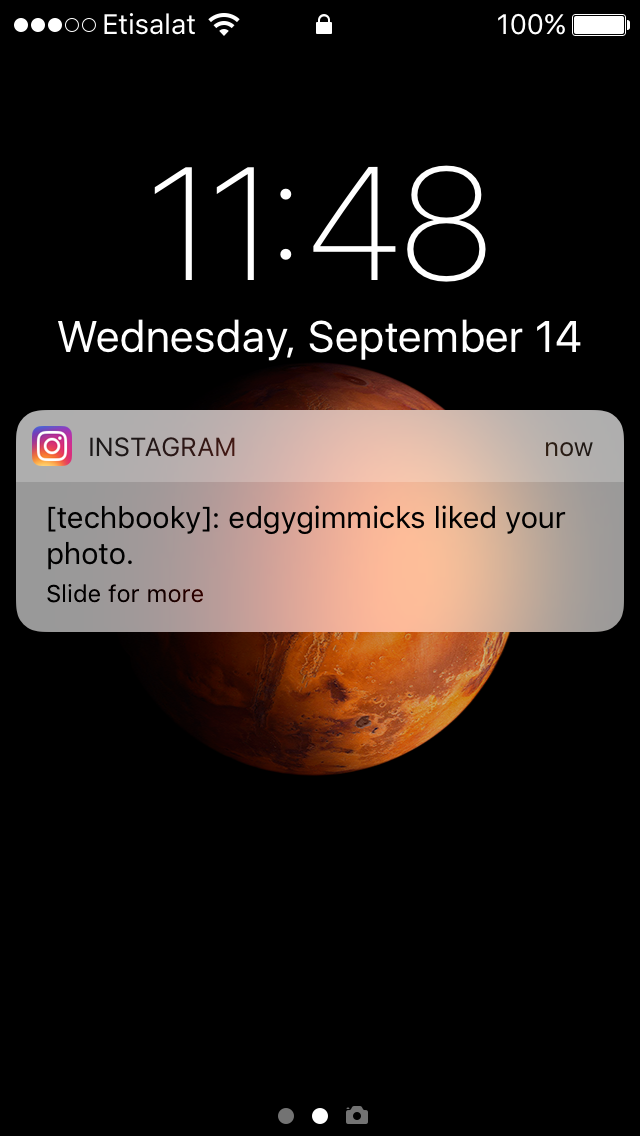 The “big news” however is that in conjunction with Raise to Wake, you can now awaken your iPhone to see notifications by simply raising your phone. Here’s how to activate that feature;

Please Note: Only iPhone 6S, SE and of course 7 have this feature. My iPhone 5S doesn’t have it but if you use any of the supported devices, please try it out and let us know.

The other change to the existing Photos app is that the arrangement of your pictures may have changed to reflect better where photos came from. It used to just show source of apps before now as screenshot, Instagram, Skype etc. but now it’s been extended to virtually all apps. Now I see that all pictures and videos are now arranged according to what apps they may have come from in the first place.

The major addition is “Memories”. You can create this from your collection of photos and videos. Memories scans all your photos and videos and finds favourite and forgotten events, trips and people, and presents them in a beautiful collection. A Memory also contains the Memory Movie, an automatically edited movie with theme music, titles and cinematic transitions.

Can I really delete some pre-installed apps by Apple?

We had reported back in June this would be a possibility in iOS 10 and is this really possible? The simple answer is yes. I tapped on Music with the intention to try and delete it and as you can see in the image below, the x sign appears on it but not on App Store which means I can’t delete the App Store app but can certainly delete the Music app. But I like it so I’m not going to do that just yet. Apps like Maps, Calculator, Music, Videos, Calendar, Compass, Contacts, FaceTime, Find My Friends, Home, iBooks, iCloud Drive, iTunes Store, Mail and Stocks can now be technically removed. Removing them according to Apple means just a 150 MB of free space so that’s Apple discouraging you from removing them. Like any other app, should you choose to remove them, you can re-install from the App Store for free of course. 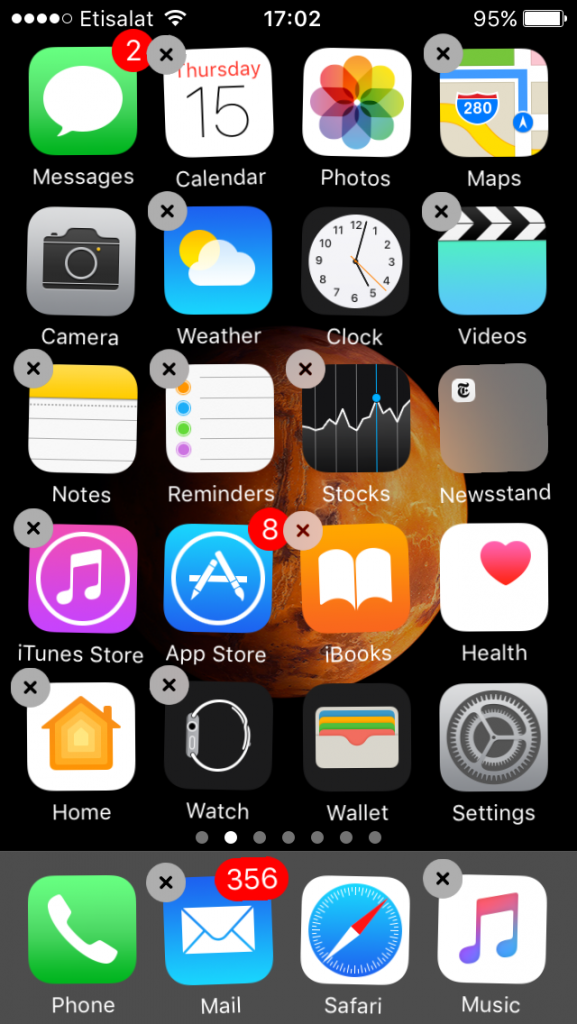 Back in August, Apple told us that a more gender diverse set of emojis was coming with iOS 10. If you go through the emojis after upgrading to iOS 10, you’ll see emojis representing women in sports and corporate settings. See images below; 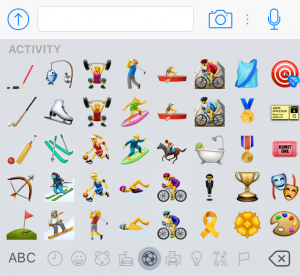 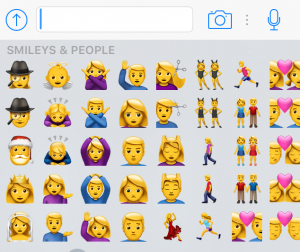 They moved some features around here. Do Not Disturb, orientation lock, flashlight, and brightness controls are all in the main Control Center screen. The Torch, calculator and camera are still in the same spot. 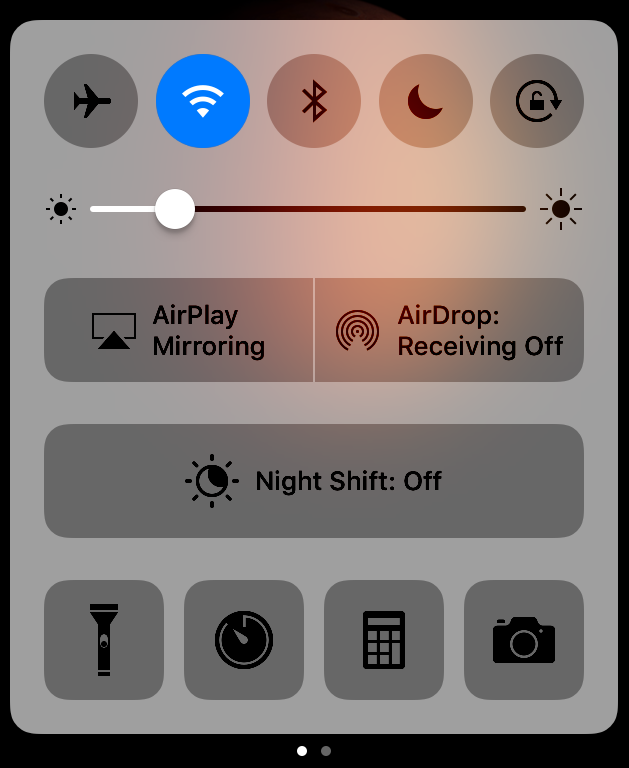 Night Shift controls are now front-and-center, with a larger button for activation on the Control Center.

Siri
Siri is now has now been opened to developers in iOS 10 which gives developers some control. Enhanced voice interpretation also comes to Siri on iOS 10.

For U.S. users, third-party Apps with that had Siri controls  in at launch time are Pinterest, LinkedIn, Square Cash, LookLive, Uber, and Lyft and this according to a report from AppleInsider.

Voicemails can now be put in text and can now appear in notifications.

There’s a lot of graphics that has been added to the dashboard giving you customisation abilities as well. There’s a new playlist in “For You” called “My New Music Mix” which is updated weekly with suggested music from Apple based on your music activities.

The News app has been redesigned and I found out that the interface received a change as well.

It’s a whole lot of changes and Apple has called it major and I have been using the iPhone for some time now and based on what I’ve seen, I am inclined to agree. There’s no reason not to upgrade to the software. The experience is just cool. Even the “Phone” app interface has changed to what you see below; 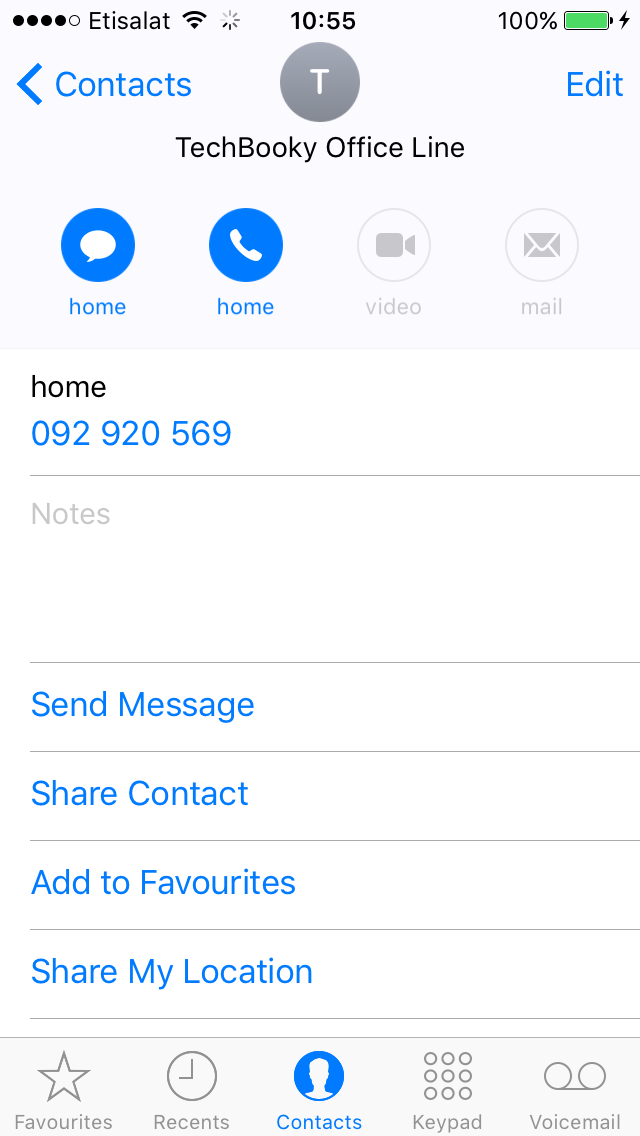 To upgrade to iOS 10, go to Settings>General>Software update and there you’ll see the notification proviced you have one or more of the above devices. 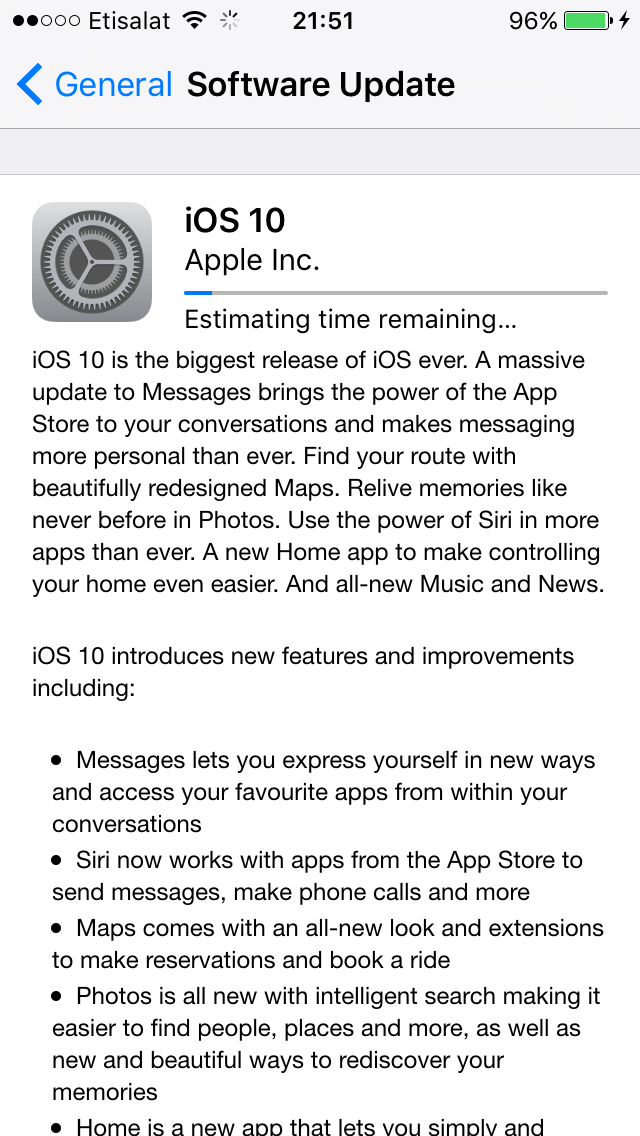