Home General App Its Apps Vs. Bots In Fight For The Future Even As Facebook Is Poised To Dominate The Bots Future 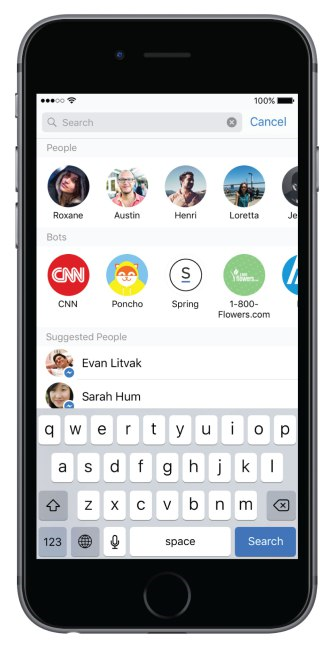 When 2016 tech predictions were making headlines in January, we talked about artificial intelligence, Big Data, wearables and much more but what we didn’t know bots would eventually turn out to be a big part of our mobile lives. While we have seen the likes of the Pokémon Go game bring to light technologies like augmented reality (AR), we have also seen wearables gradually take their place in the tech market share.

That said bots are actually becoming a real thing. Apps which stand for application software have been much around with us for some time but in 2008, they started becoming a popular item on mobile phones. Actually in 2010, the word “app” became to popular that the American Dialect Society called it the word of the year and six years later, apps have come to be something we depend on day to day. In fact, it is said that the average mobile phone user in the US spends over 50 percent of their time in apps and while that may be true, majority of us have come to spend 80 percent of our time in just about five apps according to a recent study which we reported.

While apps as we know them on smartphones have been with us for over 8 years, the idea was actually conceived in the 70s when Nokia put the popular Snake game on its phone after which other games like Pong and Tetris followed.

That said, we believe 2008 was the year of modern day apps but just 8 years later, could they be fast becoming the past?

You see back in April, Facebook announced the idea of building bots that businesses can now use to interact with customers world over in Messenger. They then went ahead to bring the idea to developers and since then, we are told that 34,000 developers have now built about 30,000 bots up 20,000 from May after they made the announcement in April. Bots in Messenger can now accept payments too and now more businesses are now engaging developers to build bots. Even the White House announced its bot service which it hopes will bring citizens closer to power.

Before I look at the future of bots, just what are they really? Well they are computer programs that rely on artificial intelligence (AI) to complete tasks but when you say chatbots which is what Facebook is talking about, you then talk about software program that can initiate and complete conversations with the primary purpose of completing tasks for its users. Businesses that leverage on this are able to continue selling and serving a market even when humans are not available like say after close of work.

Since bots are poised to replace apps, what does that future look like?

Users will need to trust bots to aid their decisions, submit requests, and other expectations in various business scenarios. Contextual information can also increase trust.  As trust increases, bots will be handling more important content and users will rely on it more.

A Bloomberg report while citing a new note from Citigroup Inc., says bot economy is growing than the app economy did in its early days. They estimate that mobile app stores have generated revenues in excess of $40b in bookings annually and this doesn’t take into account revenue from advertising and other marketing activities.

The report says though that “Moves by players like Facebook to increasingly commercialize its Messenger platform and Apple’s recent announcement that it will launch an app/bot store specifically for iMessenger with the launch of iOS10 point to a possible momentum shift in the mobile landscape from The App Economy to The Bot Economy,” May writes. He adds that “there is significant potential for bots to become an everyday-technology,” not unlike the ubiquitous apps on all our phones. 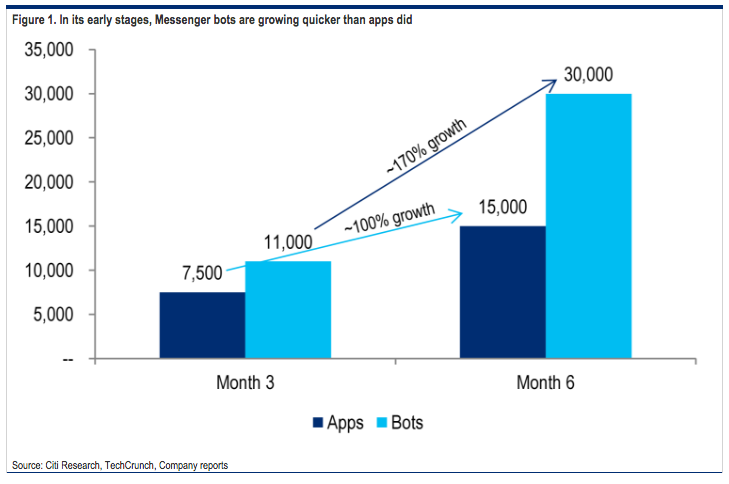 Using number provided by Facebook, they used the first chart to demonstrate what the Apple App Store looked like in its early days compared to the bot in Facebook Messenger’s days since its birth in April. What’s at least clear is that in the first three months, there is initial enthusiasm on the part of users and while the bots still had a higher number, the difference wasn’t big but fast-forward six months later and the difference is crystal clear. While mobile apps experienced a 100 percent growth over a six months period, bots saw a 170 percent growth and that tells us what the future hold for this market. 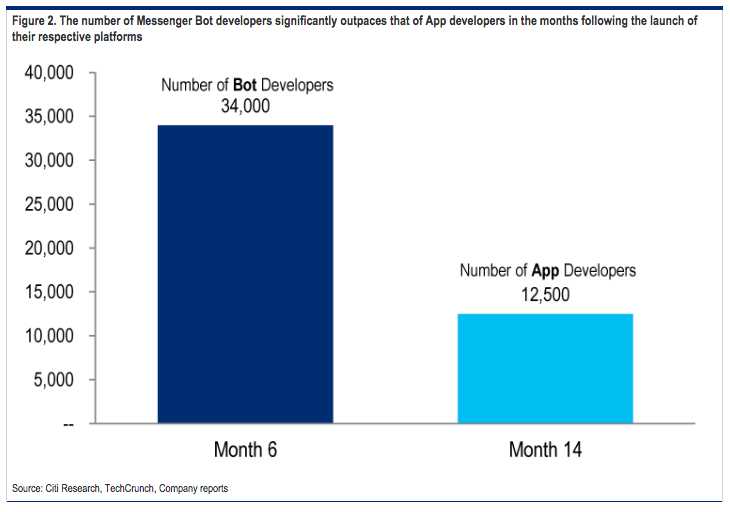 Practical applications of bots include booking tickets (from planes to cinemas) and to hotels) and other customer services. With news of payments being successfully processed by bots, this could change the future of shopping and online purchases especially among young people and it looks like Facebook is going to play a big role in that future both in the number of users and of course THE MONEY.