An eagle-eyed Xbox One user has found a workaround for problems with plugging an iPhone headphone into the console’s controller.

In June 2015, Microsoft announced it had begun manufacturing an updated line of its controllers, notably now featuring a port for 3.5mm headphones. However, users have discovered that iPhone headphones don’t optimally work with the pad, as a persistent static noise is fed into the earphones.

This is due to Apple switching the ‘mic’ and ‘ground’ connections on the tip of its headphone connection jack, as shown in the picture below, published by Polygon. 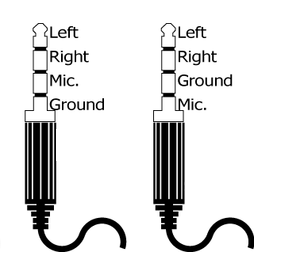 However, an Xbox One owner has discovered a quick workaround to make the iPhone headphones work on the Xbox One controller. By plugging the headphones in and double-tapping the Guide button, users can head to the settings page and find additional audio options.

Once the “Headset Mic” is disabled, and when the “Mic Monitoring” slider is moved down to zero, the Apple headphones will no longer be emitting the static sounds.

In addition to the 3.5mm headphone port, the new controller also had its bumpers “fine-tuned…for a more consistent performance.” Microsoft also introduced the ability to update the controller’s firmware without connecting it to the console via USB. Instead, new updates can now be downloaded wirelessly.

The $150 Xbox One Elite controller, meanwhile, launched in October 2015. According to Microsoft demand for the premium controller has been heavy. At launch retailers sold through their stock quickly, and although new shipments arrived throughout the following months, supply continued to be “limited.”