Home Gadgets Here’s The Microsoft Surface Duo, A Phone That May Not Be A Phone
Share

Microsoft is making a phone again and it may not be the kind you are used to.

The tech giant, which stopped producing phones years ago, is hoping to stage a comeback with the Surface Duo. As the name suggests, the device has two screens, connected by a hinge. Microsoft is attempting to succeed where others have failed in the dual-screen phone space.

“We think this experience appeals to mobile professionals who want a device that can keep up when they’re on the go,” Eran Megiddo, corporate vice president of Windows and Education, wrote in a Windows blog post. “We see these people looking at multiple charts and data at the same time to study complex problems or viewing a presentation on one screen while on a call and seeing the meeting participants in full video on the other, or having a reference article open while commenting on a document.” 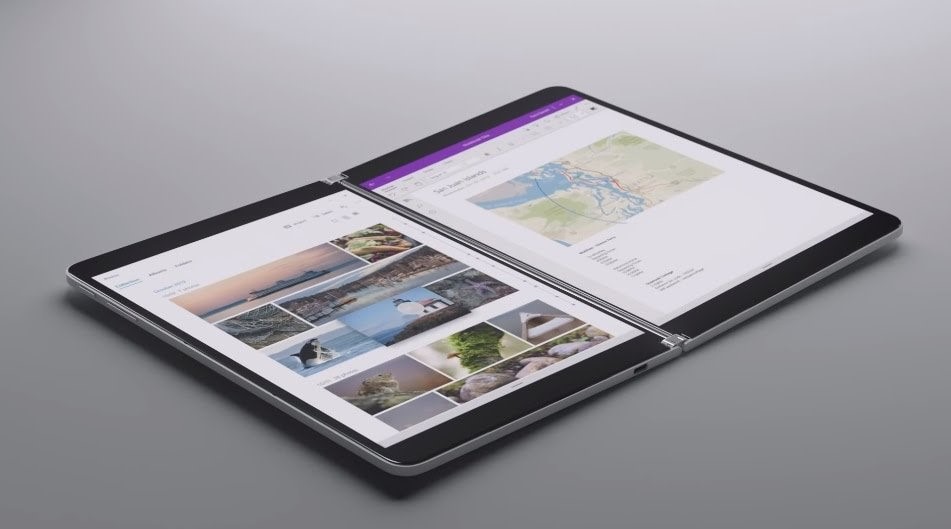 Microsoft did something unexpected in launching the Surface Duo, an Android phone with two screens that fold around a hinge down the middle—The whole thing is a bit of a surprise, considering Microsoft eventually gave up making phones after its troubled 2014 purchase of phone giant Nokia for more than $7 billion. This time, Microsoft says its new innovations, like the dual-screen folding display and special technology, is built for the Google Android software that powers the gadget, which will help make the difference. We won’t know for sure until the Surface Duo is released next year. 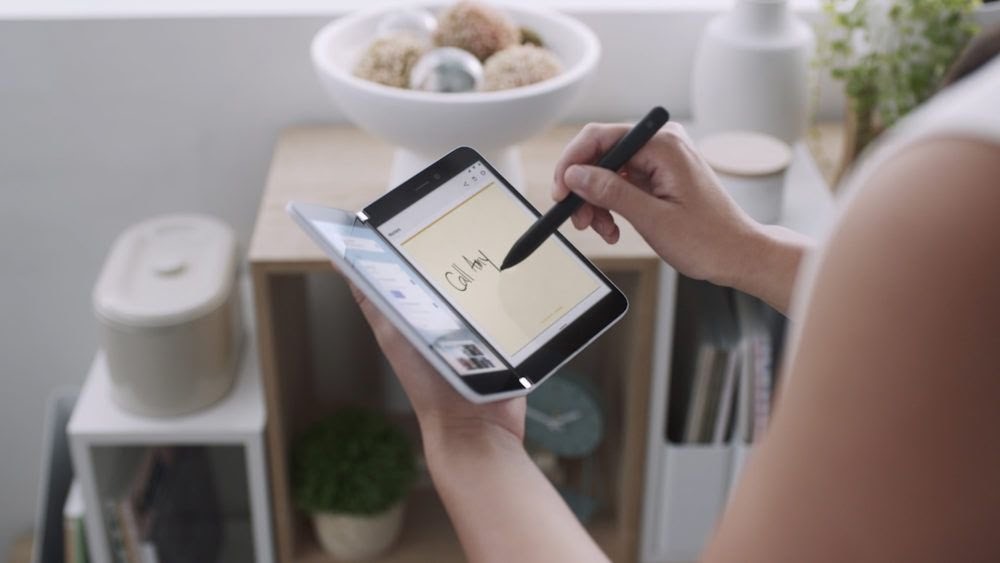 The Surface Duo has two 5.6-inch screens, but unlike other foldable, its displays are made of Gorilla Glass – just split by a very visible hinge. While that means it isn’t quite as seamless an experience as the Huawei Mate X or the just-launched Samsung Galaxy Fold, using tried-and-tested durable glass might keep the Surface Duo from experiencing issues seen by early foldable – for instance, the Galaxy Fold’s plastic display is still breaking, even after its refinements.

Unfolded, the Duo stretches to 8.3 inches – which is just larger than the iPad Mini  5 with its 7.9-inch display. It can be bent farther than flat – the full 360 degrees, allowing for front-to-back glass. The opposite is true, too, as the Duo can be folded shut, with no exterior screen…the first handheld device in a long time that won’t need a cover to protect its screens.

Prior to its reveal on stage, the Surface Duo hadn’t even been rumored – Microsoft successfully kept the phone under wraps, which is an incredible feat these days—Still, the company hasn’t revealed too much about its new handheld, so we’re anticipating more news and rumors to surface before the Duo launches in late 2020. Keep checking back as we hear more about Microsoft’s fantastic new device. 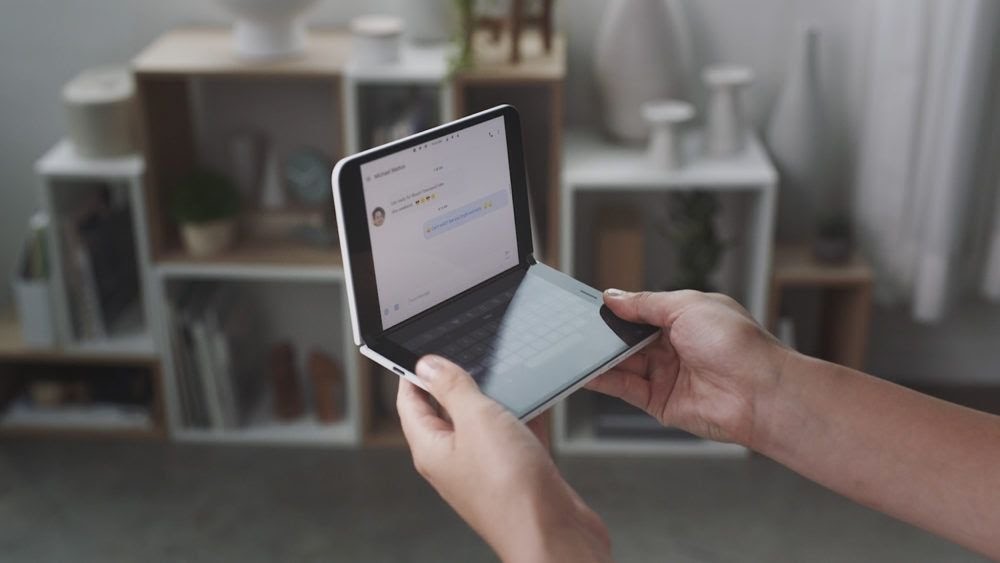