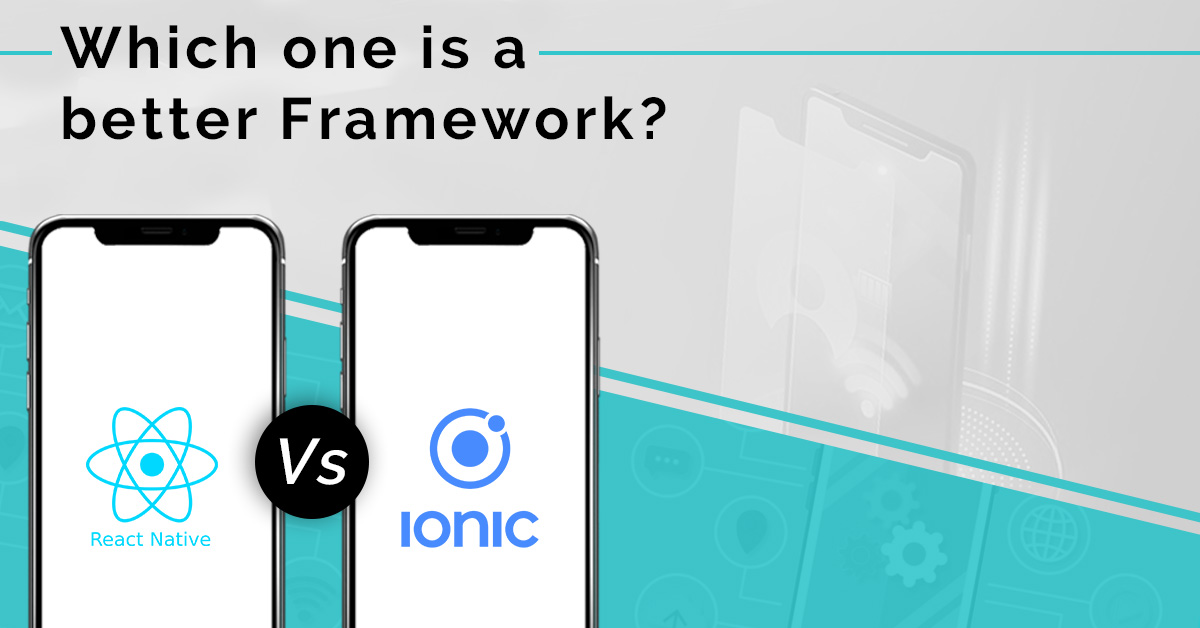 According to researches, there will be 2.87 billion smartphone users around the world by the year 2020. Mobile app development was the talk of the town since its inception, but it has seen a stupendous rise in the last five years. Mobile apps are for everything that is needed in our daily life, i.e., from food to travel to communication to entertainment.

Due to the rapid increase in the usage of mobile apps, more and more companies are adopting this technology to expand their business. Multiple app development frameworks are introduced because of the changing tech environment. Still, it takes a lot of thinking and strategies to choose the right platform and accomplish your business objectives.

What is React Native Framework?

What is Ionic Framework?

Ionic is a hybrid app development framework that was created by Drifty Company using the AngularJS framework. The ionic framework has a distinct approach to the process of mobile app development as the app developers use primary languages of CSS, HTML, Web, and JavaScript to design mobile apps. The framework has additional APIs through which mobile apps can connect to native functions. Therefore, the apps are less dependent on the platform and have greater flexibility.

Thus, after understanding in brief about the mobile app development platform, now is time to know in detail about the merits, demerits of React Native and Ionic.

Similarities between the Framework

So, what are the differences and the key things that you should keep in mind while choosing the app development platforms? We’ll see it in detail below.

The flexibility of the platform

React Native platform primarily develops mobile apps that can run on both the leading mobile OS platforms without any hassle. The design of the framework is such that it gives the best performance on the devices that opt to use the platform. On the other hand, the Ionic Framework’s design is such that it offers both ease of use and flexibility across all the platforms other than the leading mobile OS platforms.

Be it web or the usage of primary languages to develop the app, the range of Ionic app development is more comprehensive as compared to React Native. The use of primary words also allows mobile app developers to use the framework without any delay. The mobile apps developed through Ionic can be way more dynamic and can work impeccably well on any web-based platform.

The React Native platforms give an app development experience that is close to Native. Therefore, the app developers who are in love with the Native app can choose the React Native platform over Ionic. Moreover, it gives an option to modify a selected platform-specific content as it provides an appearance of the mobile app, which is closer to Native. If you are aiming to work at large scale applications, then you must opt for Reactive Native as it is more stable as compared to Ionic Framework. The performance and responsiveness of mobile apps are high. Thus mobile app development companies can use React Native Framework for higher budget apps.

Ionic provides complete SDK to build the hybrid mobile apps, whereas React Native opts for the learn once, write anywhere theory. React Native gives a seamless native experience as it chooses for the standards related to the native platform. Thus, it has full focus on the user interfaces with the help of all Native UI components.

Ionic builds multifunctional and multiplatform mobile apps with the help of standard web technologies and minimum codebase. Ionic framework is built on AngularJS, so as an app developer, if you are familiar with AngularJs, you can opt for the Ionic platform. Ionic app development framework makes mobile app development faster, smoother, and more comfortable.

Ionic, too, has a broader community of developers that can come as an aid during the mobile app development process and solve the issues. Ionic uses several plugins of Cordova and PhoneGap to get the essential features for the mobile app.

So, what should the developers choose?

Both Ionic and React Native are robust programming platforms that are expanding at a rate of knots.  But factors such as team size, requirements, platforms, app features, etc. must be kept in mind before going to opt for the platform. Moreover, if you are looking for a mobile app that will run naturally on a smartphone device, you should opt for React Native mobile app development platform. Along with this, if flexibility and ease of usage of the app is your priority, then the Ionic platform must be your choice — mobile apps built through Ionic work smoothly on multiple platforms as it is a web-based design.

Choosing the right platform for mobile app development is essential because it determines the outcome of your app. If the platform is not according to the features of the app or the targeted audience, your business can go haywire and will not achieve the desired success. Thus, consult your mobile app developers, their preference, and their level of comfort with the React Native or Ionic app development framework. 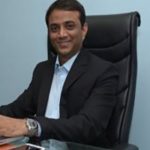 Bio:Ashish Parmar is the CEO of Prismetric- one of the reliable mobile app development companies. He is an enthusiastic entrepreneur who is interested in discussing new app ideas and rich gadget tricks and trends. He admires and readily embraces signature tech business styles. He enjoys learning modern app crafting methods and exploring smart technologies and is passionate about writing his thoughts, too. Inventions related to mobile and software technology inspire Ashish and he likes to inspire the like-minded community through the finesse of his work.