The US government is now asking visitors to provide their social media details before entering the country. The new field has been added to the Electronic System for Travel Authorization form which is provided to citizens of some 38 countries to visit the United States for up to 90 days at a time. 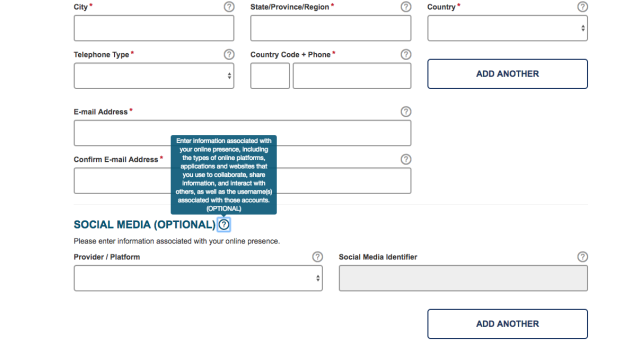 As seen in the image above, the requirement appears to be optional at this time even though Rights groups have condemned as one that could violate the privacy of visitors to the United States. The US Department of Homeland Security (DHS) first proposed the measure in June and opened it for public comments until August 22a and then eventually went live on December 20.

So don’t be surprised when applying to enter the US and you see a dropdown menu asking you to provide your social media details including Twitter, Google+, LinkedIn, Facebook among others.

As Rights groups condemn the policy, the government argues that social media has become a huge tool in the war against terror and as one official of the DHS puts it, “the question was added as part of the agency’s efforts to enhance the vetting of travelers to the United States.”

In the December 2015 San Bernadino mass shooting, one of the suspects Tashfeen Malik had passed three background checks for a visa despite using his social media for jihad related activities. By now it’s no more news that ISIS has used social media “successfully” to recruit fighters from the US and Europe; a trend which is slowing down now according to reports.

For more on this, please see article.