Home Enterprise The Solar Impulse 2 Flew Across Four Continents For 50 Days For About 38,000Km Without Fuel 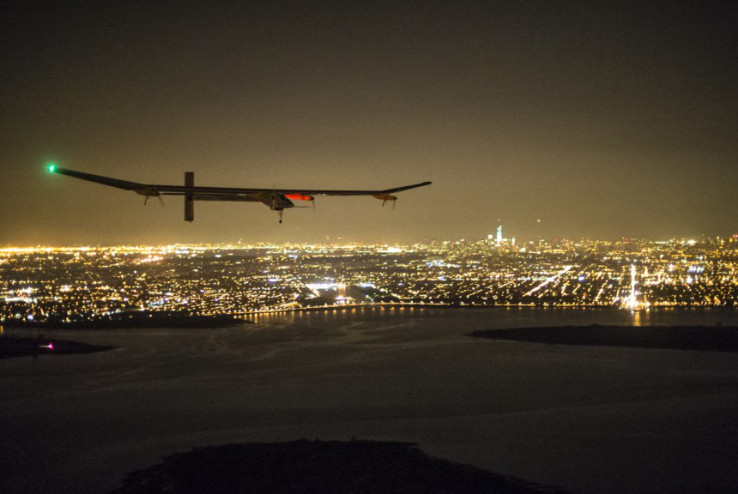 The Solar Impulse 2 completed in what’s known as the first round of   a round the world trip without a single drop of fuel in a journey that saw it cross four continents, 24,800 miles/ 38,600 Km and 50 days. It landed in Abu Dhabi yesterday to a cheering welcome and this demonstrates the power of renewable sources of energy especially in light of the effects of climate change on our planet.

The plane used solar energy throughout and after 16 legs in the journey, it took off from Cairo last weekend and made a final stop at Abu Dhabi as you see below in the flight path by The Guardian. 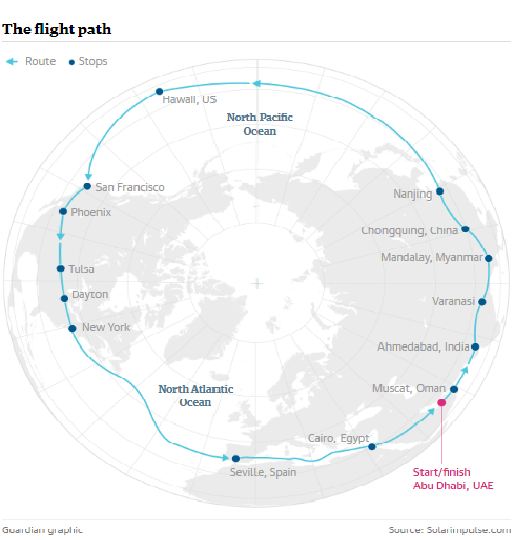 Taking advantage of daylight, batteries get charged which saw the Swiss  pilots Bertrand Piccard and Andre Borschberg fly at 29,000 feet in the day to get more power and 5,000 feet at night to save power. The average speed of the plane is about 30 miles per hour/ 48Km per hour although other reports say the plane is able to move as fast as 46 miles per hour/ 74 km per hour on high power. This is still not as fast for effective commercial travel but it’s a starting point into a research that could see us flying planes on solar energy in future.

Even the United Nations Secretary General Mr. Ban Ki-moon had a word of encouragement for the pilots who had to spend up to five days in really uncomfortable conditions because you see, the cabin is unheated and unpressurised. They had to only take really short naps and what about answering the call of nature you may ask. Well they had to relive themselves in the same position where they sat.