Hundreds of millions will soon have access to Facebook’s digital assistant which it calls M. Actually it has been launched to a few hundred people according to Wired magazine. Just as you may be thinking, this is a direct competition to services like Microsoft’s Cortana, Google’s Google Now and Apple’s Siri.

“M is a personal digital assistant inside of Messenger that completes tasks and finds information on your behalf,” according to David Marcus, head of Messenger at Facebook….”It’s powered by artificial intelligence that’s trained and supervised by people.” 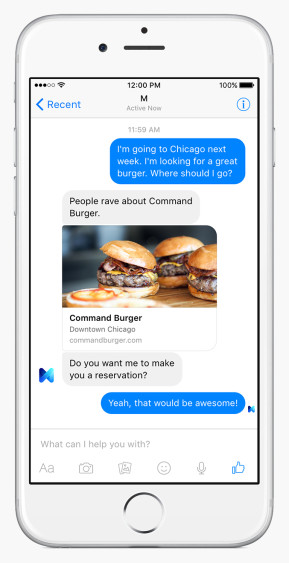 In other words, M is a digital assistant which interfaces with humans to provide sophisticated services from bookings and reservations to problem solving. David went to explain to Wire magazine that “Unlike other AI-based services in the market, M can actually complete tasks on your behalf. It can purchase items, get gifts delivered to your loved ones, book restaurants, travel arrangements, appointments and way more.”

At what point does it require human assistance?

“Facebook’s M trainers have customer service backgrounds. They make the trickier judgment calls, and perform other tasks that software can’t.” To give you more accurate results as it stands today, some tasks would be moved to trained customer agents on your behalf and this could be why this service will slowly roll out according to the report in Wired magazine. Facebook notes that more services would have to automated to make this service more efficient but this brings about a new style into a business that’s already big and that’s contact centre. 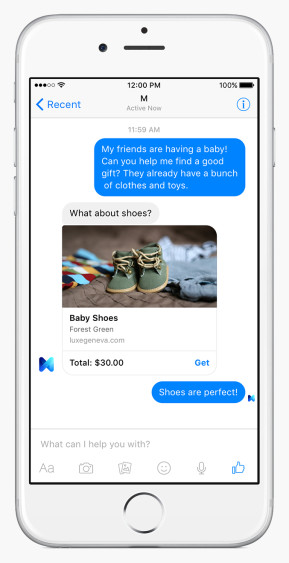 So M will eventually handle say a usually long call say to your bank and provide the verification data you would normally provide and when it gets to say difficult parts, it passes that to the human who then go ahead to complete the task. This would save time and energy that would normally have had to go with such calls.

I already see privacy advocates being sceptical because you would need to share a lot more of your information with Facebook. Come to think of it, how else would M provide your information when it is required.

I’m not exactly sure how this service will efficiently interface with say an IVR service (interactive voice response) though but I think that won’t be a problem as it becomes better because one of the features of M is that it learns human and machine behaviours which makes its better over time. This means that it can bring in past experiences in providing you a service.

Facebook messenger where this service would eventually roll out to everyone has over 700 million users and should they decide to launch on the 800 million strong WhatsApp, this could change the way we interact or do business. This could help businesses interact with their customers more efficiently.